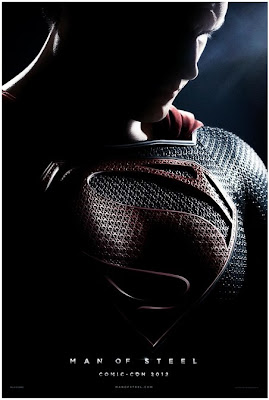 I bet you've already seen it by now, since it was the main film event of the weekend, but here's the freshly released mega stunning and totally seductive and alluring teaser for MAN OF STEEL which comes out next year. Directed by amazing Zack Snyder, who gave the world his ground breaking epic 300, the reboot of the Superman saga has Henry Cavill as the man of steel, Amy Adams as "Daily Planet" journalist Lois Lane, and Laurence Fishburne as her editor in-chief, Perry White. Starring as Clark Kent's adoptive parents, Martha and Jonathan 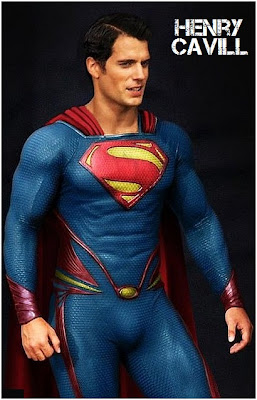 MAN OF STEEL STORY
Clark Kent/Kal-El (Henry Cavill) is a young twenty-something journalist who feels alienated by powers beyond his imagination. Transported years ago to Earth from Krypton, a highly advanced, distant 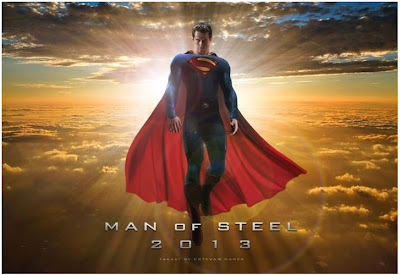 planet, Clark struggles with the ultimate question 'Why am I here?' Shaped by the values of his adoptive parents Martha (Diane Lane) and Jonathan Kent (Kevin Costner), Clark discovers having extraordinary 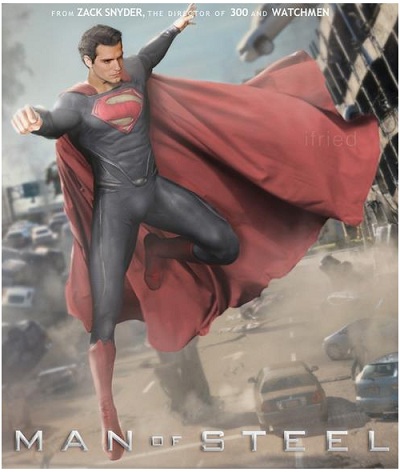 abilities means making difficult decisions. When the world is in dire need of stability, an even greater threat emerges. Clark must become a MAN OF STEEL, to protect the people he loves and shine as the world's beacon of hope - Superman.
SUPERMAN TIDBITS
The budget of the film is somewhere around $175. million! Darren Aronofsky and Ben Affleck were the first choices for the helmer of 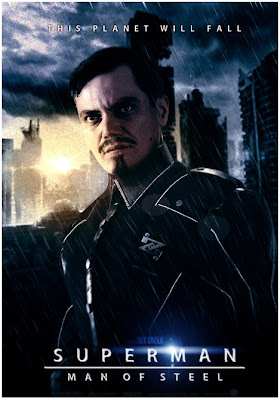 the film before Zack Snyder took over the job by quitting the director's job on 300 prequel BATTLE OF ARTEMISIA. The list of actresses who were in the run for Lois Lane part before Amy Adams took it includes Anne Hathaway, Dianna Agron, Mila Kunis, Olivia Wilde, Jessica Biel, Malin Akerman.... The list of the handsome actors who were in the run for the Superman role before Henry Cavill took it is even longer and includes Matthew Goode who worked with the director on WATCHMEN, TRUE BLOOD hunk Joe Manganiello, Matt Bomer, Armie Hammer and even Zac Efron. 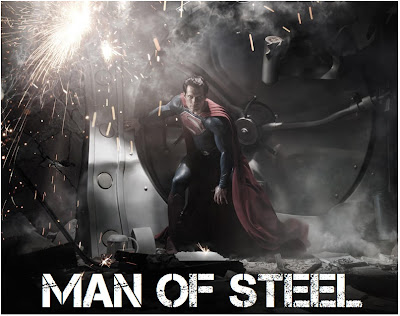 Julianne Moore and Jodie Foster were in the run for Martha Kent role. For a very long time Viggo Mortensen was planned for the role of General Zod. Henry Cavill will be the first British actor to play Superman in history.
ATTENTION ALL SPY LOVERS! 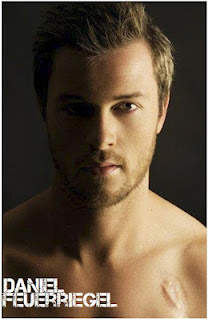 First I would kindly ask you all to pop over to the site of my dear friend Anne O'Leary who is interviewing me today on the topic of my profession in the first part of a series of talks with your own spy. Go over and leave a comment, people. I also wanted to thank amazing Dan Feuerriegel, the star of SPARTACUS show, who sent me a lovely tweet today. He liked the post we did on him this Sunday. I also got dozens and dozens of lovely tweets from his loving fans and thousands and thousands of visits to the post on him. Glad you liked it all!
Posted by DEZMOND at 12:00 AM