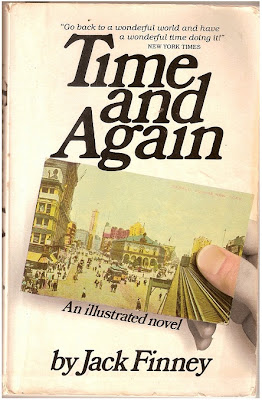 According to "Variety" Doug Liman (THE BOURNE IDENTITY) will direct the movie adaptation of TIME AND AGAIN, an illustrated novel by Jack Finney. The story follows Manhattan illustrator Simon Morley, who partakes in a secret government experiment in the mid 20th century. The experiment transports him back to 1882 New York, where he falls in love and struggles with the decision to either go back to his original time or stay in the past with his lover. The novel has been sold in more than 200,000 copies and also has a sequel titled FROM TIME TO TIME.

CLOUD ATLAS TRAILER
And here it is, people, the clip of the day - a trailer for sf epic CLOUD ATLAS coming from the directors of the famous THE MATRIX TRILOGY  Lana and Andy WachowskI and Tom Tykwer (RUN LOLA RUN, PERFUME). The rather long and emotional trailer, 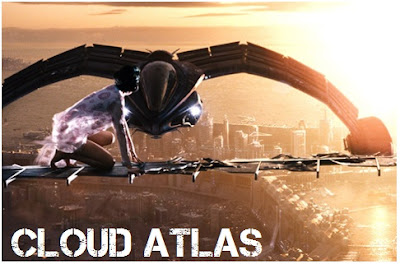 filled with lots of strange, but lovely visuals, settings and scenes, reveals a lot of the extremely complicated story which spans six storylines set at various points in time from the 19th century into the distant future. The 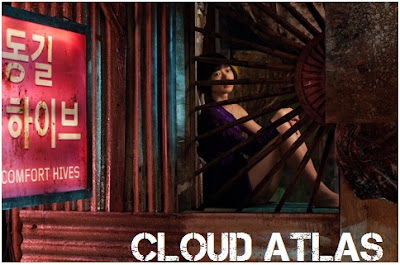 cast is also rather strangely combined with Tom Hanks and wimpy Halle Berry in the lead roles (not sure I can take such an extreme doze of the two of them), joined by Hugo Weaving, Jim Sturgess, Susan Sarandon, Hugh Grant, Ben Whishaw, Keith David, Jim Broadbent, James D'Arcy.... 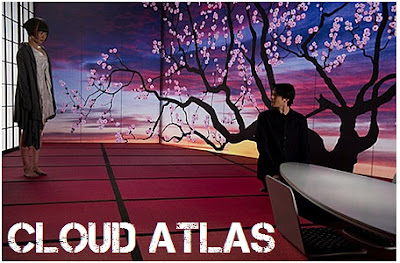 Based on a bestselling book by David Mitchell, the intricate and complex movie features six intertwining story lines set in different 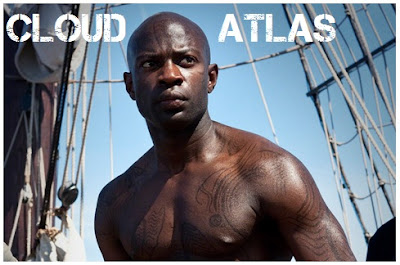 times and places that become intricately related to each other, with actors playing roles in each time. The stories span from the 19th Century 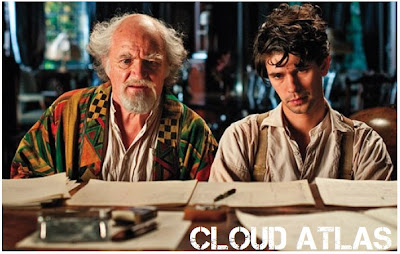 to a post apocalyptic 22nd Century. Action, mystery and romance weave dramatically through the story as one soul is shaped from a killer into a hero and a single act of kindness ripples across centuries to inspire 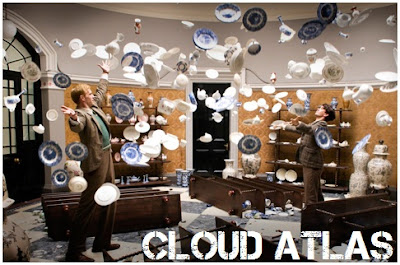 a revolution in the distant future. Even though the budget of the film was around $100 million the film has had almost no marketing so far, although the premiere is scheduled for this October. Hope Warner won't take down the clip before you see it.
Posted by DEZMOND at 12:00 AM