According to "MovieWeb" one of the breakthrough stars of the year, handsome fella Taylor Kitsch from JOHN CARTER, SAVAGES and BATTLESHIP, is the

main candidate for the lead role in NEED FOR SPEED, a "Dreamworks" project on the film adaptation of the famous video game which might be done similar to FAST AND  FURIOUS franchise with tones of action and fast cars. ACT OF VALOUR director Scott Waugh is helming the movie. Meanwhile, Jackie Earle Haley has joined ROBOCOP remake, as Maddox, who gives the crime-fighting cyborg (Joel Kinnaman) military training before RoboCop goes out to clean up the mean streets of Detroit. The film, which will be set in year 2029, might also add young Jay Baruchel to the cast which also includes Gary Oldman, Samuel L. Jackson, Abbie Cornish and Hugh Laurie as the villain. 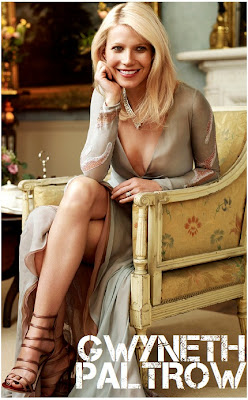 Another piece of movie news this weekend came from "The Hollywood Reporter": Gwyneth Paltrow is apparently in talks to join BLOOD, BONES AND BUTTER the movie adaptation of Gabrielle Hamilton's memoirs. The book follows her journey from an unorthodox childhood to becoming a chef and owner of New York's Prune restaurant. She is the youngest of five children, whose artistic father made the sets for the Ringling Bros. and Barnum and Bailey Circus. It is interesting that Gwyneth herself is famous for her vegetarian diet and she even wrote a cookbook last year.


BACHELORETTE TRAILER
Your trailer for today, people, is for raunchy comedy BACHELORETTE which hits cinemas later this year starring 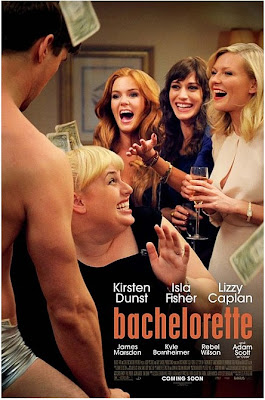 James Marsden, Lizzy Caplan, Kirsten Dunst, Isla Fisher, Adam Scott and Rebel Wilson. The story of the hilarious comedy follows the misadventures of a soon- to-be bride who has a tumultuous bachelorette party, causing her to reconsider whether she is fit for married life. Rebel Wilson plays the unwitting bride to three unengaged bridesmaids (Lizzy Caplan, Kirsten Dunst, and Isla Fisher) who want to do her nothing but harm, but that's what happens when you are asked to be bridesmaid at a wedding of a woman you used to ridicule back in high school.
Posted by DEZMOND at 12:00 AM