Hollywood Spy wrote about this project before, but it is such a magnificent treat that I just had to make a spotlight for it: BBC's THE HOLLOW CROWN 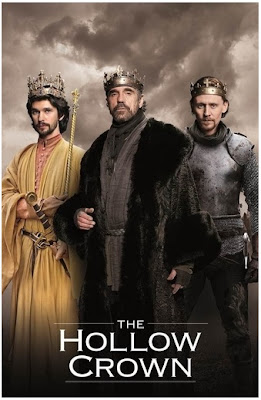 series which just started airing over in UK with the premiere of the first film in the saga - RICHARD II  followed by other three filmed adaptations of Shakespeare's History Plays - HENRY IV parts 1 and 2, and HENRY V. Starting in the year 1399, this continuous story of monarchy follows events during sixteen years of dynastic and political power play. Kings, with their families and followers, are threatened by rebellion and conflict. The story takes us from the Royal Court at Westminster to battlefields in England and France. These rich films are woven with the finest of Shakespeare's poetry and are filmed in the architecture and landscape of the period. 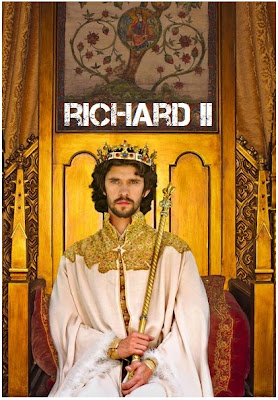 The first part of THE HOLLOW CROWN saga has been aired recently in UK and should hit USA TV later on this year. In the story King Richard (Ben Whishaw) is called upon to settle a dispute between his cousin Henry Bolingbroke (Rory Kinnear) and Thomas Mowbray (James Purefoy). Richard calls for a duel but then halts it just before swords clash. Both men are banished from the realm. Richard visits John of Gaunt (Patrick Stewart), Bolingbroke's father, who, in the throes of death, reprimands the king. 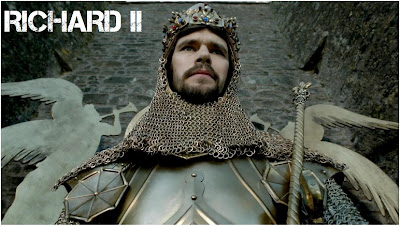 After seizing Gaunt's money and land, Richard leaves for wars against the rebels in Ireland. Bolingbroke returns to claim back his inheritance. Supported by his allies, Northumberland (David Morrissey) and the 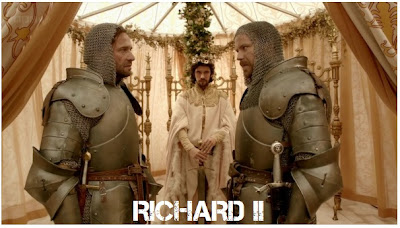 HENRY IV
The second part of the saga was aired last weekend in UK following the heir to the throne, Prince Hal (Tom Hiddleston), who defies his father, King Henry (Jeremy Irons), by spending his time at Mistress

Quickly's (Julie Walters) tavern in the company of the dissolute Falstaff and his companions. The King is threatened by a rebellion led by Hal's rival, Hotspur, his father Northumberland and his uncle 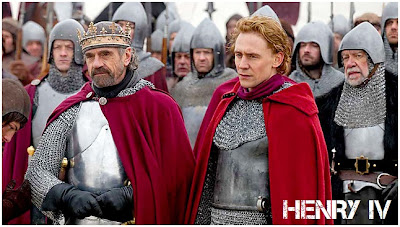 Worcester. In the face of this danger to the state, Prince Hal joins his father to defeat the rebels at the Battle of Shrewsbury and kill Hotspur in single combat.

HENRY IV PART TWO
Aired last night at BBC, the story of the third part of the saga was set in the aftermath of the Battle of Shrewsbury, where Northumberland learns of the death of his son. The Lord Chief Justice attempts on behalf 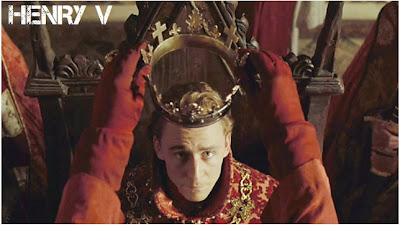 of the increasingly frail King to separate Falstaff from Prince Hal. The rebels continue to plot insurrection. Falstaff is sent to recruit soldiers and takes his leave of his mistress, Doll Tearsheet. The rebel forces are 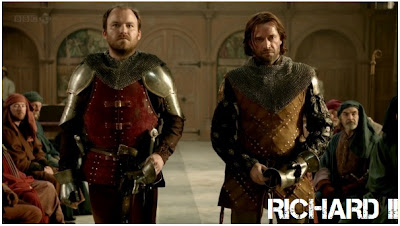 overcome. This brings comfort to the dying king, who is finally reconciled to his son. Falstaff rushes to Hal's coronation with expectations of high office!
HENRY V
The final part of the saga will be aired on BBC next weekend and will see the conclusion to the story seen in the previous two films on Henry 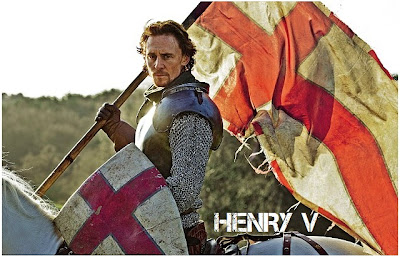 IV.  After being crowned the new king Henry V (always deeply magnificent Tom Hiddleston) takes England to war and the English confront French in the famous epic battle at Agincourt against the French King (Lamber Wilson).


HOLLOW CROWN TIDBITS
This is BBC's most ambitious and most lavish production on Shakespeare in more than twenty years and is overseen by James Bond director Oscar winning Sam Mendes.  You can read more about all of 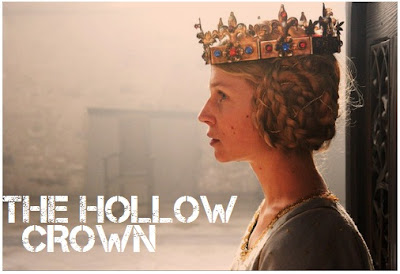 these film over at BBC official site! HENRY IV was directed by famous Richard Eyre! It is interesting that the production teams of all of these films include people who worked on classics such as THE PIANO,

THE KING'S SPEECH,CRANFORD, DOWTON ABBEY, THE QUEEN... The whole project is done to mark London 2012 Festival and The Cultural Olympiad on the BBC which coincides with the summer Olympics.
Posted by DEZMOND at 12:00 AM