Yesterday's news on Warner Bros. preparing a remake of famous DIRTY DANCING classic from the 80's has created quite a lot of buzz among you, 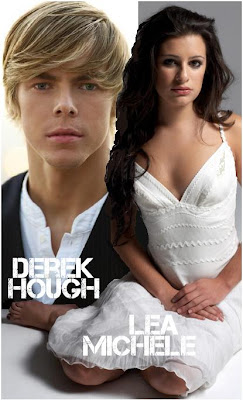 and now we already have the first gossips on the possible stars. According to "MovieWeb" main contender for the Patrick Swayze's role is famous dancer Derek Hough (who won DANCING WITH THE STARS with gorgeous Nicole Scherzinger), but GLEE's Matthew Morrison and GOSSIP GIRL's Chace Crawford are also on the list.  Jennifer Gray's role could go to GLEE's Lea Michele who currently competes for the role with two teen stars Miley Cyrus and Demi Lovato. As you know, Kenny Ortega, who came up with the famous choreography from the original film, is now behind the helm.

SHORT HOLLYWOOD HEADLINES
Aha haha ... check out lovely THE PIRATES! BAND OF MISFITS poster which says "It's a plunderful life" :) Most of you were rather thrilled by the trailer I posted earlier this year for this lovely animated comedy which follows a less than successful pirate 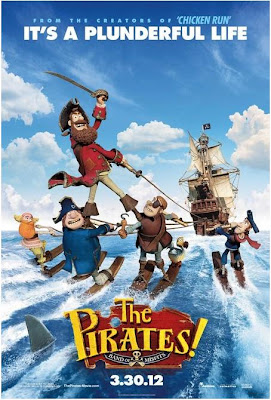 captain and his crazy crew with the voices of Hugh Grant, Martin Freeman, Brendan Gleeson, Russell Tovey and Salma Hayek. The film premieres next March. Now, this is interesting, according to "Variety" NBC has ordered a pilot for FRANKESTEIN TV series, a modern day version of the famous Frankenstein story by Mary Shelley. And speaking of TV shows, CBS is planning to do a remake show of BEWITCHED which followed a marriage of a normal guy and a witch. For reasons unknown, RESIDENT EVIL is getting a fifth part to be titled RETRIBUTION. The lead role will again go to Milla Jovovich, which is not strange since her hubs, Paul W.S. Anderson is the director of the film which should hit cinemas in Autumn 2012.
And we're still on Gerard Butler :) since the first trailer for his drama CORIOLANUS has just been released. Shot last year in Serbia, this modern adaptation of William Shakespeare's 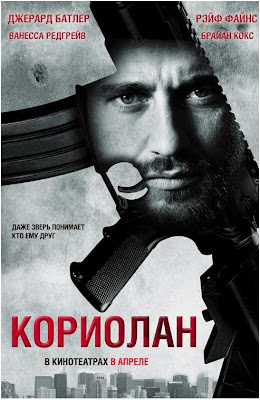 famous play should premiere this December just in time for the Oscar race, starring Gerard Butler, Ralph Fiennes (who is also the director), Brian Cox and a bunch of Serbian actors. In the modern version, Shakespeare's drama on Roman hero Coriolanus and his enemy Tullus Aufidius, commander of the Volscian army, is turned into a contemporary Rome-set political and family drama about a banished hero of Rome who allies with a sworn enemy to take his revenge on the city.The film will feature a special visual aspect since all the characters are dressed in modern military uniforms.
AND DON'T FORGET THAT THIS SUNDAY I'M POSTING HOLLYWOOD SPY'S EXCLUSIVE THE HOBBIT SPOTLIGHT SO BE THERE!
Posted by DEZMOND at 12:00 AM