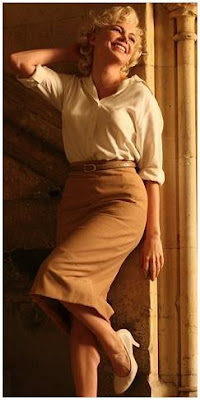 Check out a gorgeous and fancy new picture from one of the big Oscar contenders MY WEEK WITH MARILYN. As I told you earlier, the film will follow an assistant (super charismatic Eddie Redmayne) at the shooting of famous THE PRINCE AND THE SHOWGIRL the film that famously united Sir Laurence Olivier (Kenneth Branagh) and Marilyn Monroe (Michelle Williams) who was also on honeymoon with her new husband, the playwright Arthur Miller (Dougray Scott). Nearly 40 years on, his diary account "The Prince, the Showgirl and Me" was published, but one week was missing, and this was published some years later as MY WEEK WITH MARILYN. It was an idyllic week in which he escorted Monroe desperate to get away from her retinue of Hollywood hangers-on 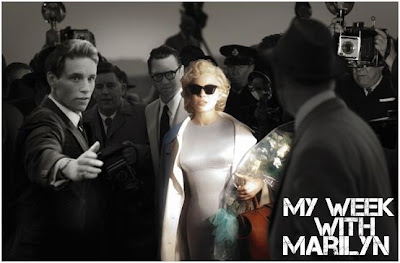 SHORT HOLLYWOOD HEADLINES
As you probably heard over the weekend, Mike Myers is ready to do AUSTEN POWERS 4 after a long pause! I'm kinda ashamed to admit that the shaggadelic adventures of the crazy Powers 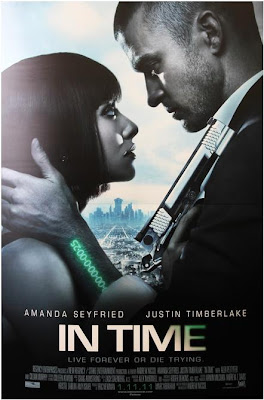 are probably the only ones I kinda like from the genre of silly comedies. It's been almost ten years since AUSTEN POWERS GOLDMEMBER. Today, you can also check out a beautiful new poster for Andrew Niccol's sf film IN TIME which, beside the trailer, promises some really cool and artsy visuals. With the stellar and lethally gorgeous cast including Justin Timberlake, Amanda Seyfried, Olivia Wilde, Alex Pettyfer and Cillian Murphy, the film is set in a future in which people can buy time and prolong their lives and youth, which makes time a target of criminals and thieves.
I've posted a story on this one back in 2009, but here's a new trailer for thrilling Chinese adventure TREASURE HUNTER which will finally be released in USA September 15th. The film, starring one of my favourite Asian actors Jay Chou (GREEN HORNET, CURSE OF THE GOLDEN FLOWER), is basically a Chinese 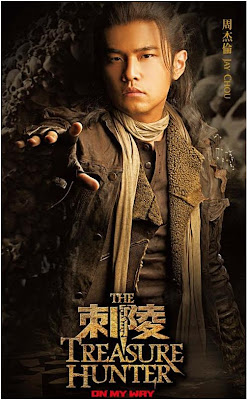 version of THE MUMMY set in the northwest desert where countless prosperous dynasties have ruled in the past centuries, so there is rumor of a treasure of unbelievable riches buried there. A group of mysterious guardians have been guarding the map to the location of the treasure until a fierce rivalry erupted. A notorious international crime group, The Company, hunted down the map keeper and before they managed to secure the map, the keeper passed the map to a young chivalrous man Ciao Fei (Jay Chou). He was forced to give up the map to save the life of his mentor’s daughter. Teaming up with her and a famous archaeologist he embarks on a dangerous journey to recover the map and fight to protect the ancient treasure.