GERARD BUTLER & KATHERINE HEIGL IN "ROMANCING THE STONE" REBOOT? CHRISTIAN BALE IN "A STAR IS BORN" WITH BEYONCE? ADAM SANDLER IS BOTH "JACK AND JILL" IN THE NEW COMEDY TRAILER

Now, as you know, your Hollywood Spy loves romcoms and you just have to deal with it :) But what I also love are romantic adventures like the MUMMY or ROMANCING THE STONE. As you remember I've 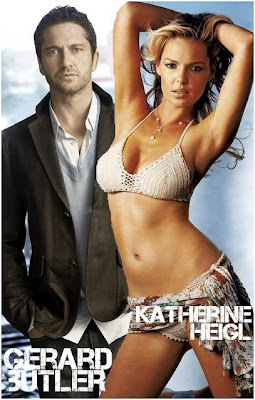 mentioned a couple of times that the later one is getting a remake. The famous classic from the 80's followed a mousy romance novelist who goes to the jungles of Colombia to exchange a treasure map for her kidnapped sister but there she meets an irreverent soldier-of-fortune who helps helps her in her mission and then brings her back to civilization. Now, here's the great news: as "MovieWeb" reports, Gerard Butler could take Michael Douglas' original role, while Kathleen Turner's role could now go to Katherine Heigl. As you recall, two of them already had  great chemistry in THE UGLY TRUTH film.


SHORT HOLLYWOOD HEADLINES
One of the projects that ultra talented Christian Bale could take on after he finishes that horrid dark saga (you know which I have in mind) is, believe it or not, the remake of A STAR IS BORN in 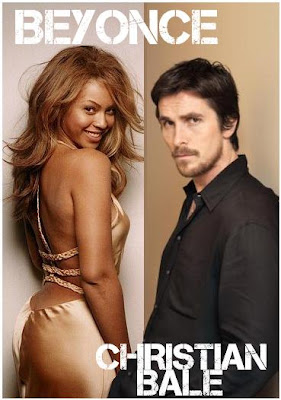 which, if he accepts the role, he would star alongside divalicious Beyonce in the musical about a young singer who seeks the help from an older rock star. The remake is, again believe it or not, being directed by Clint Eastwood. Super charming comedian Rob Corddry has joined gorgeous young people Teresa Palmer and Nicholas Hoult in WARM BODIES which follows an existentially tormented zombie who falls for the girlfriend of one of his victims and decides to protect her from his brain-eating brethren as he begins to reconnect with his dormant humanity.
I don't have any other trailer to show you today, but the latest one for Adam Sandler's hilarious new comedy JACK AND JILL which premieres this November. You will also see Al Pacino, Katie Holmes and Shaquille O'Neal, in the story about Jack Sadelstein, a successful advertising executive in Los Angeles with 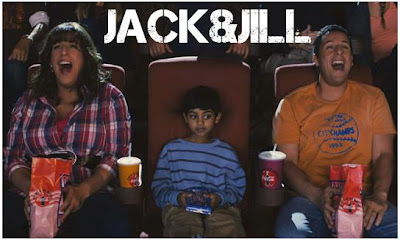 a beautiful wife and kids, who dreads one event each year: the Thanksgiving visit of his identical twin sister Jill. Jill’s neediness and passive-aggressiveness is maddening to Jack, turning his normally tranquil life upside down. Now, what's so special about the whole film? Adam Sandler plays both Jack and Jill in he movie :)
Posted by DEZMOND at 12:00 AM