EXCLUSIVE INTERVIEW WITH RANDOM HOUSE'S SAMANTHA SOTTO, THE AUTHOR OF UPCOMING BESTSELLER "BEFORE EVER AFTER"!

BEFORE EVER AFTER
Three years after her husband Max’s death, Shelley feels no more adjusted to being a widow than she did that first terrible day. That is, until the doorbell rings. Standing on her front step is a young man who looks so much like Max–same smile, same eyes, same age, 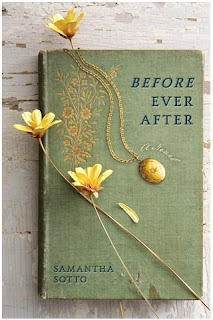 same adorable bump in his nose–he could be Max’s long-lost relation. He introduces himself as Paolo, an Italian editor of American coffee table books, and shows Shelley some childhood photos. Paolo tells her that the man in the photos, the bearded man who Paolo says is his grandfather though he never seems to age, is Max. Her Max. And he is alive and well.
Posted by DEZMOND at 1:32 PM