Whether you want to admit it or not, we all secretly or openly love Reese Witherspoon's romantic flicks and her charming comedies and a new one is coming our way next year. According 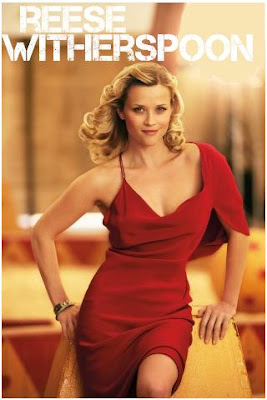 to "MovieWeb" she will star in Disney's fantasy comedy WISH LIST in which the story follows an ambitious career woman who lost her inner child at age ten due to ten wishes never coming true. It turns out that the coin upon which she wished got stuck in the wishing well and never reached the bottom. When the coin suddenly becomes dislodged, floating to the bottom of the pool, this thirty-year-old uptight professional must deal with all ten childhood wishes coming true, all at the same time! The film was originally written for a male lead.
________________________________________________
According to "The Hollywood Reporter" charming Cary Fukunaga (JANE EYRE) will direct and Gore Verbinski will produce sf film SPACELESS following an assassin who must solve the mystery behind his own murder as he tumbles helplessly 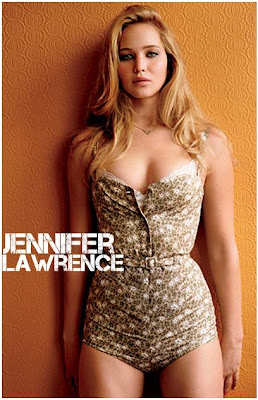 through space with a robot that will aid him only until his oxygen runs out. Before long, the man begins to question his reality, wondering if he is locked in a virtual environment created by his enemy! Mark Wahlberg leaving some project is always a good news to me! According to "Deadline" he just left  THE SILVER LININGS PLAYBOOK in which he will probably be replaced by Bradley Cooper who will now join Robert De Niro and Jennifer Lawrence in the story which revolves around a former high school teacher who was institutionalized for depression and then released into the care of his mother. He tries to win back his ex-wife but becomes involved with an eccentric neighbor with problems of her own.
_________________________________________________
I have another fresh Asian trailer for you today, this time for SHAOLIN epic which hits cinemas this September. Starring Andy Lau, Nicholas Tse and Jackie Chan, it follows feuding warlords who fight to expand their power, while the noble monks of the 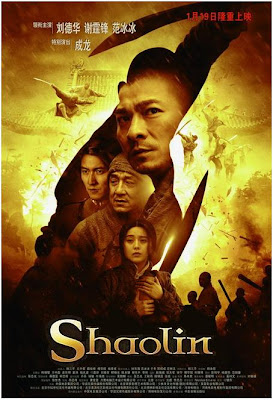 Shaolin Temple clean up the mess left behind, tending to the injured and trying their best to protect the poor and weak. General Hou (Andy Lau from HOUSE OF FLYING DAGGERS) has caused much of this mess with his violent and ruthless tactics that rarely discriminate between soldiers and civilians. When Hao is betrayed by fellow general Cao Man (Nicholas Tse), he is forced into hiding, and takes refuge with the monks (one of them is Jackie Chan) at their hidden mountain temple. As the days pass, he finds himself more and more at ease as he learns the ways of peace, and begins to release his hatred through Martial Zen. But Cao is not far behind, and war soon reaches the temple, where the monks are ready to fight back with their unstoppable Shaolin Kung Fu.
Posted by DEZMOND at 12:00 AM

That's a lovely pic of Reese but her movie doesn't interest me, sounds very typical of what she usually does. I think she needs to stretch her talent more, like she did in Walk The Line.

Wow, Jennifer Lawrence in a Cary Fukunaga sci-fi, interesting! Fukunaga has proven his chops in tackling various genre, good for him.

he he I'm the opposite, I didn't like WALK THE LINE but I did like lots of her fun movies. I think she is great in what she does, and just like Heigl, Bullock and Aniston should be proud for having the talent for romcoms, not feel less of an actress as fanboys claim.
I knew you would like the new poll :) Wonder whom you voted for :)

PS Lawrence isn't in Fukunaga's film but in THE SILVER LINING one :)

agreed on both points :)

I don't know, WISH LIST could be fun. Kind of like BIG with Tom Hanks only, uh, different. :)

I didn't know you had a Youtube channel. I just noticed your widget. I'm going to pay a visit.

Love Reese. One of my fave films of hers is Legally Blonde. Wish List looks too cute.

I really like Jennifer Lawrence. I remember her from the Bill Engvall Show. Good for her to be working with DeNiro and Cooper.

Spaceless sounds so cool!!!! I voted for Stephen Fry but if he was not on the list, I would have voted for Martin Freeman. So cute!

Sir, you never fail to find the sexiest possible pictures for each ladyceleb featured here....
And you do so while keeping it tasteful.

Didn't care for Walk the Line as much as most did either. Still, romcoms can occasionally be a guilty pleasure for me :)

SHaolin looks so beautiful and very very me!!!

Have a good day my friend

Yeah...I'll probably be seeing that Reese Witherspoon one.

Not that I'm a huge fan, but why the hate for Mark Wahlberg?

@Mary
I knew you were into kung fu ;)

@Luanne
I do remember BIG but I've never watched it and don't know the story.

@Medeia
sure, Medeia, I'm all over the Internet and have all possible channels - Face, Twitter, YouTube, I even have MySpace where you can find the very early editions of HOLLYWOOD SPY since I started blogging there :)

First of all, that Wish List movies does look good!

Second, the martial arts in that Shaolin movies is AMAZING. Not that they usually are awful.

Lastly, why are you making me choose between Armitage and Freeman in your poll!? It's just too difficult!

@Melsy
LEGALLY BLONDE was a hilarious and fun movie, but it didn't really need the sequel :) I generally like Robert Luketic's films even though they often have no depth whatsoever :)

@Libby
Fry is an exceptional actor, and Martin is a very charming comedian!

@Drew
why, thank you, you are too kind sir ;) What can I tell you, lord Dezmond is an expert in sexiness :)

@Chris
glad you agree with me on both points, Chrissy ;)

@Custie
I knew you were a secret kung fu expert ;)

@Lurk
yep, it will be a very psychological plot and probably very psychedelic!

@Josh
well, I generally can't stand overly arrogant people and he has shown way too much arrogance and unjustified self-confidence in many interviews I saw with him. And he doesn't enough talent to have such a high opinion of himself. The same reason I don't like Matt Damon.

@Clarissa
vote for Freeman, Armitage has tones of ladies who will probably vote for him :)

I can't get enough of Reese Witherspoon so its great to hear she's in another new movie. And as a new fan of Bradley Cooper, Mark Walhberg won't be any loss to The Silver Lining's Playbook.

couldn't agree with you more, Dan! :)

Shaolin looks awesome. Don't know what you have against Mark Wahlberg, but I've always enjoyed his performances. I agree with whoever said Witherspoon is tiresome though. Walk The Line was one of the few times she seemed to get away from herself and actually act.

ah, I'm sad that you don't agree with me this time, Erik ;)
I've explained my opinion on Wahlberg and Reese's acting in two of the above comments, so check them out!

Wishlist sounds good, and I have to support my hometown girl.

You are so right about that Blonde sequel. Totally unnecessary. :)

I feel the same way about Luketic's films, but sometimes you just need a fun escape.

DeNiro has a lot of making up to do before I'll forgive him for the Meet the Fockers franchise.

Bradley Cooper is all over the place now, which is great of course because he's pretty rad. He's kinda of taking the place of Christian Bale as the guy that's in every other movie you see.

@Vics
it seems we agree sister :)

@Rob
yep, Bradley is the male version of Anne Hathaway in that respect :)) Thanks for visiting HOLLYWOOD SPY, Rob, hope we'll be seeing you here often!

oh man, my nerdy best friend has probably watched that trailer 50 times by now. i have to admit i'll probably go see it with him though!

There is only one hollywood rom-com i've watched and enjoyed(and the only reason i checked it out is because it got good reviews from people who usually aren't into that genre), so i probably won't be seeing Wish List. The few rom-coms i've liked tend to be foreign movies.

Spaceless does seem really interesting though

I like Reese's movies; I think Wish List is going to be fun and Reese will bring more than one smile to my face :)

@E
he he you should tell your friend to visit HOLLYWOOD SPY frequently, Edmund, since I often post geeky trailers :)

@Dirty
I'm quite the opposite, Dirty, I love romcoms and I think that their positive power is far greater than the power of most other genre. They've given hope, hapiness, inspiration and optimism to tens of millions of people around the world, and thus their mission, depth and quality is far bigger than the importance of most dark action films and thrillers which just spread depressive thoughts and promote violence.

@Summer
and that's exactly why we love her - she brings smiles on our faces :)

I am there for Shaolin!!
I haven't seen Jackie in Chinese movie in a looong time. thank you for informing that one Dezz :)

he has a very short role in it, he is sort of a guest star in it :)