Well, since it's a slow Monday in the news department, I'm sure you won't mind us having an Asian Invasion day here at HOLLYWOOD SPY, especially since, thanks to my dear Jaccsy, I 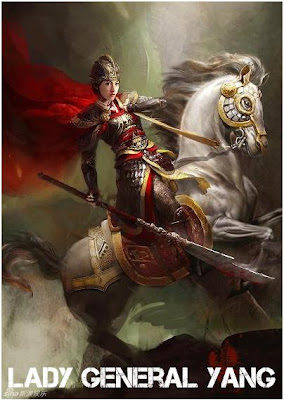 have two visually breathtaking upcoming Asian projects to present to you!
Over at my favourite BUZZES CAFE I've seen these magnificent and truly mind blowing concept art character posters for something that could easily be the most exciting Asian film in a long long time since it features all female heroes and warriors. LADY GENERAL OF YANG FAMILY (not to be mistaken with SAVING GENERAL YANG I've mentioned recently) will bring one of China's most amazing historical sagas to the big screens. 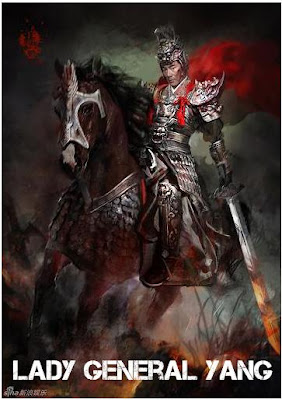 This expensive, and extremely lavish historical epic will tell a heroic tale of how the women from the Yang family of Song dynasty stepped onto the battlefield to avenge the deaths of their warrior husbands, who died while fighting the invading Xia army after being sold out by a traitorous Song official. As you can see from these spectacular pictures, the film will feature lots of different female characters from the Yang family including their 100 year old Yang matriarch, and her daughters some of which are extremely wise, some know how to use a  halberd, some are superb archers, some 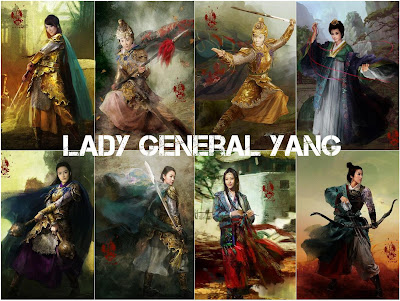 possess occult powers, some use embroidery needle as hidden weapon, some always have some inventive solutions ....According to BUZZES CAFE this expensive epic, which took ten years for the script to be prepared, will also use its budget to recreate battlefields on a 1:1 scale.

FAIRY LAND IN "THE MURAL"
Another Asian film which promises to be visually stunning and mesmerizing is Chinese epic fantasy film THE MURAL. As Buzzes 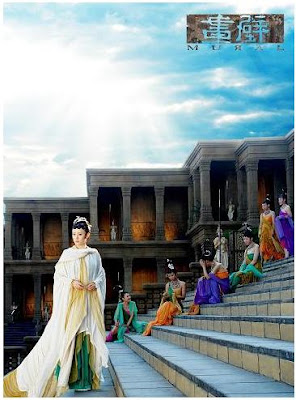 Cafe reports, this beautiful effect-heavy mix of action romance  and fantasy will be set in a magical fairy land and will follow  the journey of three men into a fantasy world populated and powered exclusively by beautiful women. The movie stars the newly married couple Deng Chao and Betty Sun (LOST BLADESMAN) and action star Collin Chou (THE MATRIX RELOADED). Check out some of the first beautiful pictures from this film. THE MURAL, which will try to create a 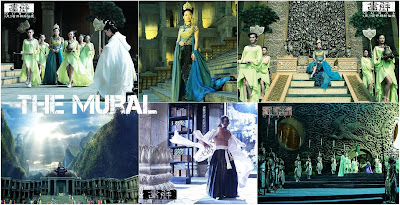 unique look reminiscent of Chinese water-colored paintings, should premiere in China later this September and it will hopefully get into foreign cinemas as well. PS click on the pics to seem them in bigger size!
Posted by DEZMOND at 12:00 AM