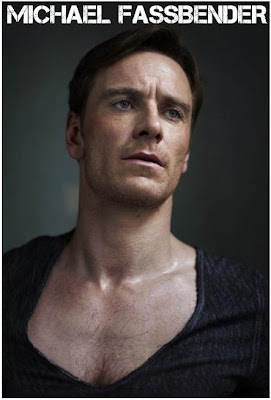 According to "MovieWeb" another hunk that my ladies love, Michael Fassbender, who is getting more and more roles after his success in X-MEN: FIRST CLASS, will take the lead role in PRISONERS, which is actually a great piece of news since he will replace that DiCaprio guy. Ready to hit theaters in 2012 this thriller revolves around a desperate father who turns vigilante and abducts the man he suspects is behind the disappearance of his eight year old daughter and her best friend, after cops fail to find the little girls and release the suspect.


SHORT HOLLYWOOD HEADLINES
You didn't think that Steven Soderbergh will stop at four mega hunks, Channing Tatum, Alex Pettyfer, Matthew Bomer and Matthew McConaughey in his cast for MAGIC MIKE, now did you? Well, the fifth hunk who will strip naked in the film 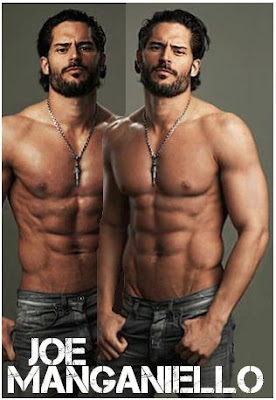 about Channing Tatum's early stripper days is Joe Manganiello that dashing werewolf from TRUE BLOOD . These are good news: TLC has canceled two of its prime shows KATE PLUS 8 and LA INK. I admit I love a lot of TLC shows but they often promote some really wrong things: people painting themselves like in some primitive tribes in LA INK and people using their kids to become popular like in KATE PLUS 8. Not to mention the most atrocious TV programme I've ever seen TODDLERS AND TIARAS. And excuse my rant, but in any normal country parents which appear in that monstrous show would be locked in jail and rot in hell forever for their crimes against their own kids.
Today's trailer of the day is the first one for CARNAGE, a Roman Polanski directed drama with a stellar cast which includes 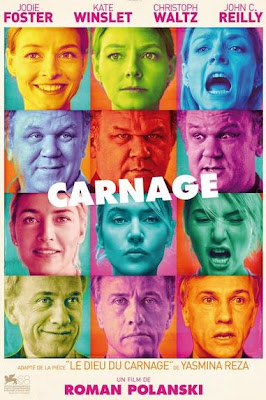 Kate Winslet, Jodi Foster, Christoph Waltz and John C. Reilly. Here's the story for the film which premieres this December:A showdown between two kids, about eleven, in a local playground. Swollen lips, broken teeth... Now the parents of the "victim" have invited the parents of the "bully" to their apartment to sort if out. Cordial banter gradually develops a razor-sharp edge as all four parents reveal their laughable contradictions and grotesque prejudices. None of them will escape the ensuing carnage.

DON'T FORGET THAT HOLLYWOOD SPY'S MEGA GUIDE THROUGH SEPTEMBER 2011 FILMS AWAITS YOU HERE THIS SUNDAY!
Posted by DEZMOND at 12:00 AM