GORGEOUS TRAILER FOR ASIAN EPIC "THE SORCERER AND THE WHITE SNAKE"! "LEAF MEN" FROM THE AUTHOR OF "ICE AGE"! CHUCK NORRIS AND ALL THE 90'S ACTION STARS IN "EXPENDABLES 2"! LUCAS TILL & NICOLE KIDMAN IN "STOKER"

Even though not many people have been amazed by THE EXPENDABLES movie, the sequel is already in plan, and the interesting thing is that they've decided to gather all the possible 80's and 90's action stars in it: according to "MovieWeb" the latest 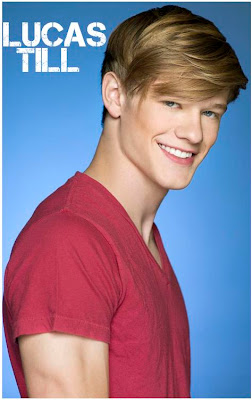 to join the cast which already includes Sylvester Stallone, Jason Statham,  Arnold Schwarzenegger,  Jean-Claude Van Damme, Dolph Lundgren, Mickey Rourke and Bruce Willis are John Travolta and Chuck Norris :) The film should start shooting in a month or so over in Bulgaria! According to "Beyond Hollywood" young Lucas Till, whom we loved as Havok in XMEN FIRST CLASS has joined the cast of STOKER which already includes Nicole Kidman and Matthew Goode. Based on the script by actor Wentworth Miller the film will follow a girl who is mourning the death of her father when her mysterious uncle suddenly appears in her life. The film will have horror elements as well since this uncle is some kind of unusual vampire.
________________________________________________
Here's a nice piece of news: talented filmmaker Chris Wedge who 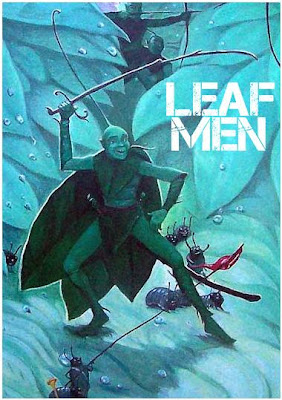 gave us the lovely, heartwarming and charming animated saga ICE AGE and made ROBOTS after that as well, is currently preparing a new animated treat for us called LEAF MEN. To be released in cinemas in May 2011 according to "The Hollywood Reporter", the story will be based on a bestselling children's book by William Joyce. This 3D animated adventure will revolve around a colony of doodle bugs who call upon the LEAF MEN for help in vanquishing the nefarious Spider Queen.
________________________________________________
Over at my dear Jaccsy's, I've come upon this super magnificent trailer for stunning Asian epic fantasy THE SORCERER AND THE WHITE SNAKE. With mindblowing special effects, 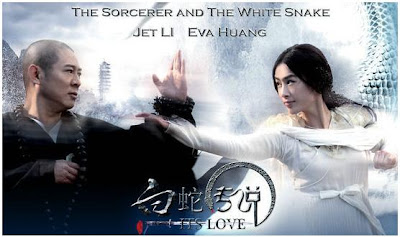 stunning visuals, breathtaking sets and costumes and dreamlike scenes, this huge epic will premiere in Asia this September starring Jet Li and Eva Huang. The film is based on an old tale about a White Snake which came to the human world as she was longing for human life and married a scholar named Xu Xian. However, such 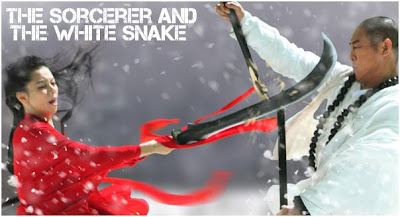 marriage was opposed by Fa Hai, a Buddhist monk in Jinshan Temple, who maintained that coexistence of human and evil spirit was unacceptable. He then suppressed the white snake under Leifeng Pagoda at the bank of the West Lake of Hangzhou.