Ah, I guess my girls will like this one: Robert Pattinson will star in COSMOPOLIS, David Cronenberg's futuristic thriller about a financial whiz who risks his immense fortune by betting against the yen on 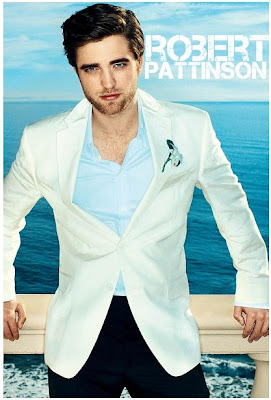 one particularly chaotic day. His decisions eventually make him the target of an assassination in this intense study of futuristic capitalism. Pattinson could be joined by Marion Cottilard and Paul Giamatti in the film.

According to the latest news one of my favourite directors Stephen Sommers (THE MUMMY, VAN HELSING), won't after all take the helm of G.I.JOE 2. The film is going to happen, but not with him as the director. Two other, unknown successful movie makers have already been approached with the offer. The film, which earned hundreds of millions of dollars around the world, will get its sequel in 2012. 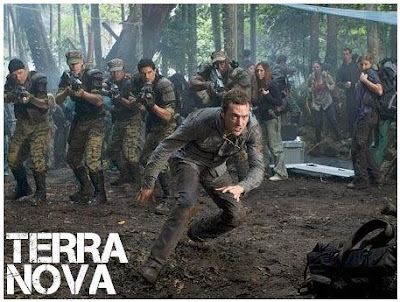 Here are the first pictures from Steven Spielberg's new TV show TERRA NOVA starring Jason O'Mara.  This exciting  epic family adventure will be set 85 million years in the past and will premiere sometime later this year on Fox.  The action-adventure series follows an ordinary family on an extraordinary journey back in time to prehistoric Earth as a part of a massive expedition to save the human race. 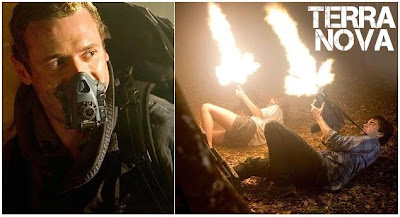 After the first image HOLLYWOOD SPY has shown you recently here's the first, absolutely irresistible and hilarious, video from ICE AGE 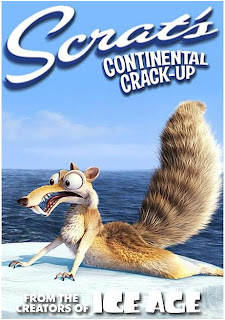 CONTINENTAL DRIFT showing the adorable saber-toothed squirrel Scrat who is trying to do what he is always trying to do - to get his beloved nut. In the fourth part of ICE AGE Manny, Diego, and Sid will embark upon their greatest journey after cataclysm sets an entire continent adrift. Separated from the rest of the herd, they use an iceberg as a makeshift ship, which launches them on an epic seafaring quest. Manny and the gang are challenged like never before to become heroes and do the impossible, as they encounter exotic sea creatures, explore a brave new world, and battle ruthless pirates. The film will come out in 2012.
Posted by DEZMOND at 1:50 PM