DAVID TENNANT IN "THE HOBBIT" AS THE ELVEN KING? LENA HEADEY AS VILLAIN IN "JUDGE DREDD". FIRST TRAILER AND AMAZING PICS FROM NEW EPIC SHOW "CAMELOT"

Beside Ian McKellen and Elijah Wood who have been officially confirmed for THE HOBBIT alongside Cate Blanchett, Hugo Weaving and Andy Serkis (Orlando Bloom hasn't been officially confirmed yet), the epic adaptation will get another new cast addition - David Tennant (DR. WHO)  will play Elf King Thranduil who is also the father of Legolas. If you remember, David was previously offered the role of Bilbo Baggins himself, but it was later on given to Martin Freeman.

Pretty Lena Headey (SARA CONNOR CHRONICLES, Spartan Queen Gorgo from 300) has joined the remake of JUDGE DREDD as Madeline Madrigal, a.k.a. Ma-Ma according to "MovieWeb".  As you know, HOLLYWOOD 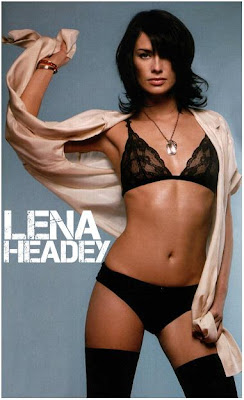 SPY's favourite actor Karl Urban is playing the lead role which was previously played by Silvester Stallone, while Lena will play the main villain, a dangerous and naughty gang leader with a scar on her cheek. The sf film about a judge who sentences criminals as soon as he catches them should premiere sometime in 2012.

SHORT HEADLINES Steven Spielberg's prehistoric show TERRA NOVA will premiere on May 23rd on Fox. Tom Hardy has been seen with a bald head and a beard sparking rumors that he might play Dr. Hugo Strange, the main villain in THE DARK KNIGHT RISES. The first trailer for CAPTAIN AMERICA :THE FIRST AVENGER with Chris Evans has been delayed because it apparently wasn't amazing enough. 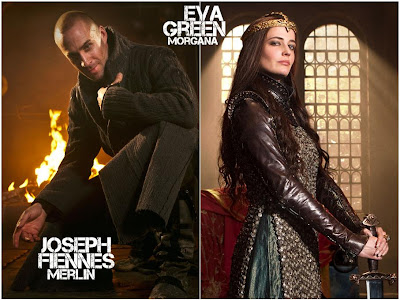 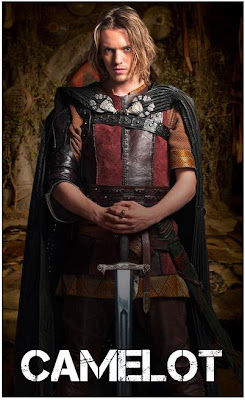 April 1st, and I have the first trailer and some great new pictures for you. Starring Joseph Fiennes as a more battle loving Merlin, Eva Green as evil Morgana, Jamie Campbel Bower as young Arthur, Tamsin Egerton as Guienevere and Claire Forliani as Arthur's mother Queen Igraine, the show will bring an exciting, dynamic and sexy new take on the famous tale about Arthur and Merlin. The romantic adventure will present a historically authentic retelling of the classic King Arthur legend. When King Uther is poisoned by his own daughter, his legitimate but publicly unknown son, Arthur, must succeed the king and return greatness to the Castle Camelot.
Posted by DEZMOND at 2:00 PM