Ah, terrible news people! We won't be seeing a WONDER WOMAN TV show, after all. Although David E. Kelley tried to sell the possible show to all major TV networks they have all rejected it according to "MovieWeb". Fox didn't find it suitable for its programme, 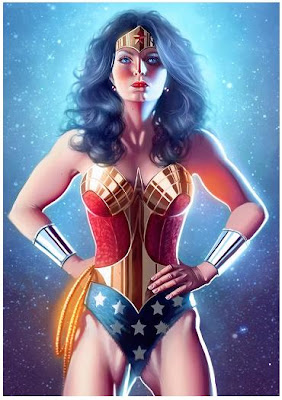 ABC rejected it because they are already planning HULK TV show, while CW thought it was too expensive for them. NBC and CBS both also passed on the project :( So, no WONDER WOMAN for us, at least for now.

While Javier Bardem and Viggo Mortensen are fighting for the lead role in Ron Howard's huge adaptation of Stephen King's sf epic THE DARK TOWER, we have the first candidate for the female lead as well: Naomie Harris, the hilarious Tia Dalma from PIRATES OF THE CARIBBEAN, might play Susannah Dean, a wheelchair-bound amputee who suffers 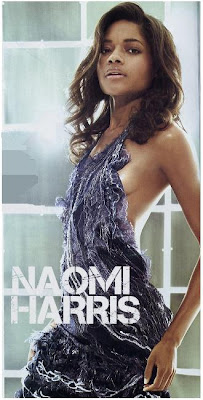 from multiple-personality disorder and becomes a member of Roland Deschain's group known as the Ka-tet.

It seems that myths, epics and fairy tales are finally coming back to Hollywood, and Relativity Media is entering that arena with their take on GOLIATH. They have hired Scott Derrickson (THE EXORCISM OF EMILY ROSE) to make a 300 style adaptation of the famous Bible story which follows a young Shepard named David who is set on an epic chase to save his own life and the lives of his people when the fierce warrior Goliath begins tracking down a foretold king of the Israelites. David and Goliath will battle in the climax as foretold by the original tale.

Check out two absolutely adorable posters from RIO, an animated film from the authors of ICE AGE, which comes out this April with the voices from Anne Hathaway, Neil Patrick Harris, 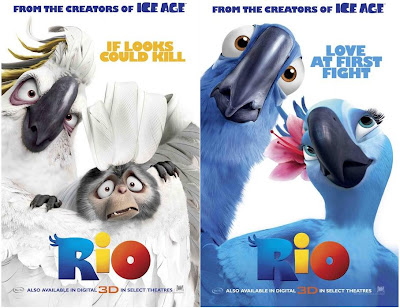 Rodrigo Santoro... Set in the magnificent city of Rio de Janeiro and the lush rainforest of Brazil, the comedy-adventure centers on Blu, a rare macaw who thinks he is the last of his kind. When Blu discovers there's another, and that she's a she, he leaves the comforts of his cage in small town Minnesota and heads to Rio. But it's far from love at first sight between the domesticated and flight-challenged Blu and the fiercely independent, high-flying female, Jewel. Unexpectedly thrown together, they embark on an adventure of a lifetime, where they learn about friendship, love, courage, and being open to life's many wonders.
Posted by DEZMOND at 2:04 PM