HENRY CAVILL AND ALEX O'LOUGHLIN SHOULD BE THE NEXT JAMES BOND. NEW POLL: THE BEST ROMANTIC ACTRESS! 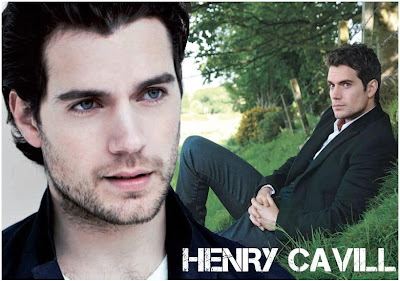 What makes Henry Cavill so special in the sea of celebrity hunks is that differently from most of them who carry the vibe of naughty rebels and sexy bad boys, Henry bears the positive charisma, he's the good guy, the guy next door all girls want to marry and live with him happily ever after. The world noticed him in 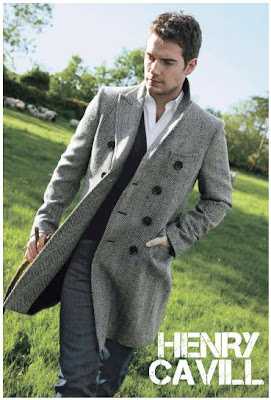 his amazing role of Duke Charles Brandon in the mesmerizing historical saga THE TUDORS. After that the doors of Tinseltown have opened up for him and he now has two big new movies set for release in the future: he will be the brave Perseus in Tarsem Singh's ancient Greek epic IMMORTALS this November, and he will take the lead role in THE COLD LIGHT OF DAY alongside Bruce Willis and Sigourney Weaver. You've also seen him in STARDUST, TRISTAN AND ISOLDE, THE COUNT OF MONTE CRISTO ... His dream role is to play Alexander the Great and that is now HOLLYWOOD SPY's biggest dream too :)  He auditioned for the lead roles in BATMAN BEGINS (but lost to Christian Bale), TWILIGHT (as Edward, but was considered too old), SUPERMAN (lost to Brandon Routh) and JAMES BOND (lost to Daniel Craig) and this is why they call him the  most unlucky man in Hollywood. But his time is coming ... he will be HUGE. 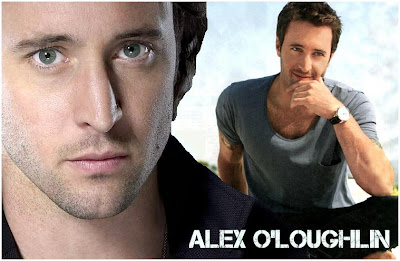 Alex O' Loughlin is pretty much an Australian Gerard Butler - a super charming and stunningly dashing macho man with magnetic looks and a charisma which freezes the screen instantly and you see no one else in the scene but him. He has a humongous fan base around the world even though he hasn't yet conquered Hollywood. He is mostly known for his role in the popular TV show HAWAII FIVE-O 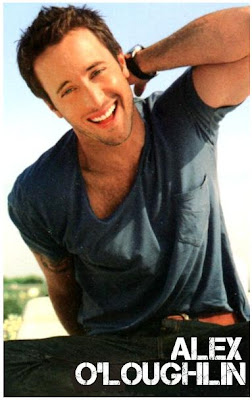 (otherwise known as a 45 minutes long weekly hunkfest), but I'm guessing the whole world stopped turning around to stare at him back in 2010 when he took the lead male role in Jennifer Lopez's romantic comedy THE BACK UP PLAN - and now nobody remembers the plan, the back up, that Lopez woman ... everyone remembers the famous scene in it with Alex (click to see what I mean).Before all that Alex appeared in some other TV shows - CRIMINAL MINDS, MOONLIGHT, THE SHIELD. He actually really WAS a candidate for the role of James Bond before it went to Daniel Craig who might lose the role soon because rumor has it Clive Owen will be 007 in JAMES BOND 24.  He's a close friend with another TV hunk Jonathan Rhys Meyers from THE TUDORS. For many years Alex was in love relationship with famous 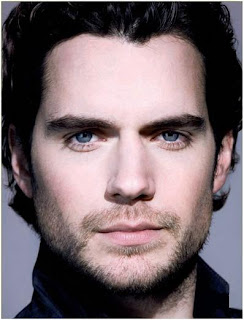 And now, before we go to the third part of the James Bond poll, let us take a break with THE BEST ROMANTIC ACTRESS poll. I know you all love romantic comedies whether you like to admit it or not :) so, who's the queen of hearts in Hollywood: Sandra Bullock (WHILE YOU WERE SLEEPING, THE PROPOSAL, TWO WEEKS NOTICE), Reese Witherspoon (LEGALLY BLONDE, FOUR CHRISTMASES), Jennifer Aniston (LOVE HAPPENS, THE OBJECT OF MY AFFECTION, THE BOUNTY HUNTER), Katherine Heigl (THE UGLY TRUTH, KILLERS, 27 DRESSES), Amanda Seyfried (DEAR JOHN, LETTERS TO JULIET, MAMMA MIA), Amy Adams (LEAP YEAR, ENCHANTED), Jennifer Lopez (MAID IN MANHATTAN, ANGEL EYES) or Drew Barrymore (NEVER BEEN KISSED, MUSIC AND LYRICS, 50 FIRST DATES, EVER AFTER). You can vote as much as you like next two weeks!
Posted by DEZMOND at 10:05 PM