Are you excited about the two biggest super hero movies this year - Kenneth Branagh's THOR starring Chris Hemsworth, Anthony Hopkins and Ray Stevenson, (which will follow The Mighty Thor, a powerful but arrogant warrior whose reckless actions reignite an ancient war so he is cast down to Earth and forced to live among humans as punishment. Once here, Thor learns what it takes to be a true hero when the most dangerous 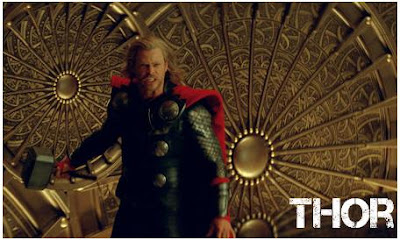 villain of his world sends the darkest forces of Asgard to invade Earth) and CAPTAIN AMERICA: THE FIRST AVENGER (which will follow Steve Rogers who grew up a frail youth in a poor family and who enlists in the army when the Nazi threat appears in Europe after which they make a super hero out of him with some Super-Soldier Serum and "vita-rays". Armed with his indestructible shield  the newly born Captain America starts his war against evil) with Chris Evans, Hugo Weaving, Tommy Lee Jones and Dominic Cooper. If not, maybe these two new pictures showing both of them in action will get you excited before they premiere this summer in cinemas? 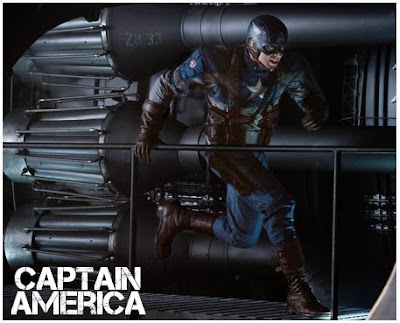 "Beyond Hollywood" has released the third, super exciting, trailer for the upcoming epic television series GAME OF THRONES, which will start this April on HBO. Staring Sean Bean, Jason Momoa and Lena 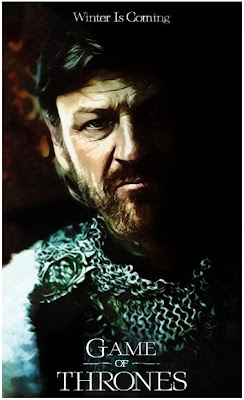 Headey,  it will follow seven noble families which fight for control of the mythical land of Westeros. Political and sexual intrigue abound. The primary families are the Stark, Lannister, and Baratheon families. Robert Baratheon, King of Westeros, asks his old friend Eddard Stark to serve as his chief advisor. Eddard, suspecting that his predecessor had been murdered, accepts so that he can investigate further. It turns out more than one family is plotting to take the throne. The Queen's family, the Lannisters, may be hatching an incestuous plot to take control. Across the sea, the last surviving members of the previously deposed ruling family, the Targaryens, are also plotting a return to power. The conflict between these families and others, including the Greyjoys, the Tullys, the Arryns, and the Tyrells, leads to war. Meanwhile, in the north, an ancient evil awakens. Amidst war and the political confusion, a brotherhood of misfits, The Night's Watch, is all that stands between the realms of men and the horrors beyond.
Posted by DEZMOND at 2:22 PM