If you are still not fed up with alien invasion projects, you might like FALLING SKIES, the new sf television series produced by Steven Spielberg which will premiere on TNT in June 2011. You can check out the first teaser trailer bellow. 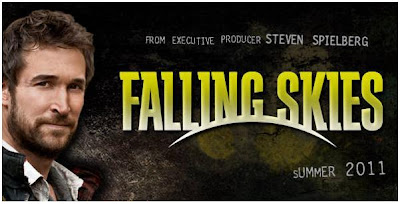 This exciting new show from DreamWorks Television stars Noah Wyle (ER, THE LIBRARIAN) who portrays a former college professor who becomes the leader of a group of soldiers and civilians struggling against an occupying alien force. Moon Bloodgood (TERMINATOR SALVATION, PATHFINDER) co-stars 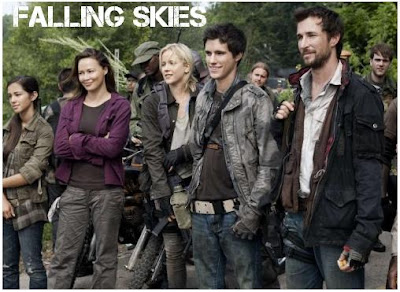 as Anne Glass, a therapist who works with the surviving children to help them cope with the traumatic situation. The series also stars Drew Roy (LINCOLN HEIGHTS) as Hal and Maxim Knight (BROTHERS AND SISTERS) as Matt, Tom's two sons, Seychelle Gabriel (WEEDS) as Lourdes, an orphaned teenager who helps run the group's commissary. Will Patton (ARMAGEDDON, INTO THE WEST) will play a recurring role as a fierce resistance fighter.