Another film that we might or might not have needed is THE THREE MUSKETEERS, the new adaptation of the famous Alexandre Dumas' story directed by Paul W.S. Anderson (RESIDENT EVIL). Coming out next Autumn, October 2010, the new version of the old story will have a star studded cast and 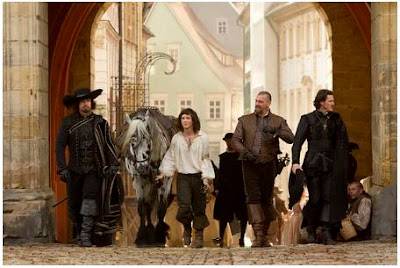 will follow the hot-headed young D'Artagnan (Logan Lerman from PERCY JACKSON THE LIGHTNING THIEF) who joins forces with three rogue Musketeers. They must stop the evil Cardinal Richelieu (Christoph Waltz) and face off with lord Buckingham (Orlando Bloom) and the treacherous Milady de Winter 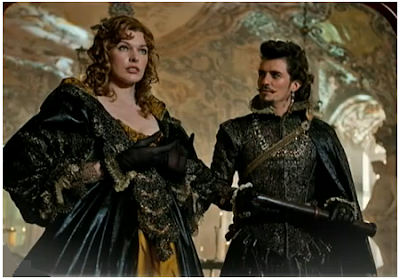 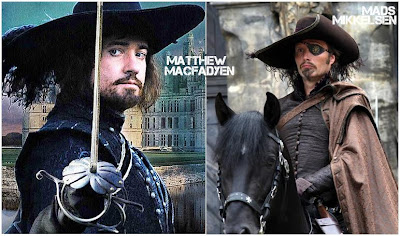 queen. Beside getting a state of the art update in 3-D THE THREE MUSKETEERS will be less focused on corsets and feathered hats and more on the eye-popping action, romance and adventure, which isn't really what the first pictures from the shooting tell us :) So, what do you think, are you excited about the film or not so much? 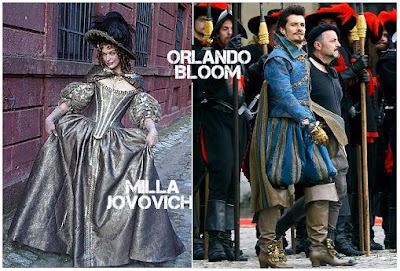 And if you're in the mood you can visit Dempsey's THE MOVIE 411 site where I'm guesthosting today with the list of my favourite actresses. Pop over and leave a comment there if you like my list :)
Posted by DEZMOND at 1:39 PM