HOLLYWOOD SPY REACHES 300,000 VISITORS AND READERS FROM 196 COUNTRIES AROUND THE WORLD!

Ah, have you noticed that according to my FLAG COUNTER (in the bottom of the left side-bar) HOLLYWOOD SPY has reached and surpassed its 300,000 visitor? I'm beyond happy. I remember how last year, when we were celebrating 50,000 visitor somebody said that they're sure we would reach 100,000 till 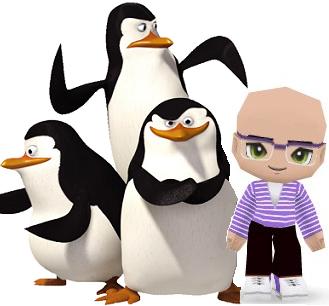 the end of 2010, and look at this - we've made that number three times bigger. The average number of readers has jumped in January again, and is now between 1,200 and 1,700 readers every day, with the record of 7,000 visitors in one day still remaining in September 2010. HOLLYWOOD SPY has also been read by people from 196 different countries around the world! So, I must thank you my little freaks. Not just for making all those numbers so high and still rising, but also for giving me, and my penguins, love and support on a daily basis. What also makes me happy is when I see how many of you have become friends meeting each other here at your favourite film site. HOLLYWOOD SPY loves you and there's nothing you can do about it :) Keep on being gorgeous and charming as you are.
Posted by DEZMOND at 1:14 AM