A few days ago I asked myself what is that dashing lad Lee Pace doing now after we fell in love with him in the early deceased TV show PUSHING DAISIES, A SINGLE MAN and Tarsem's THE FALL, one of the visually most striking films in history. 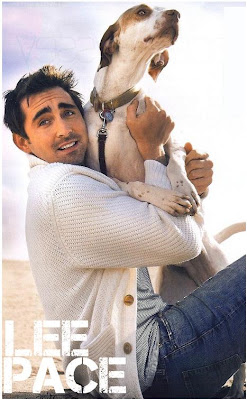 Well, beside starring in TWILIGHT SAGA: BREAKING DAWN , Lee Pace will also play in 30 BEATS (in which a first encounter sparks a series of intimate and comedic moments linking ten New Yorkers in a chain reaction of love and desire. The film will be full of sinfully gorgeous young people- click if you don't believe me) and THE RESIDENT (a spooky thriller with Hilary Swank and Christopher Lee about  a young doctor who suspects she may not be alone in her new Brooklyn loft and learns that her landlord has formed a frightening obsession with her).

SHORT HEADLINES As your HOLLYWOOD SPY wrote almost a year ago, some new rumors say that Robin Williams could join THE DARK NIGHT RISES as the new villain. Apparently he might battle Batman as Hugo Strange, together with Tom Hardy as Bane and Anne Hathaway as CatWoman. 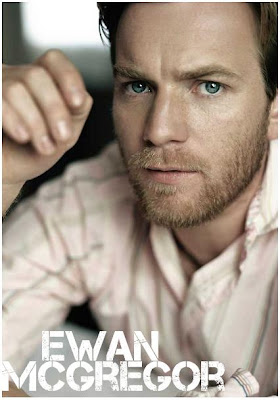 Check out the lovely trailer for BEGGINERS, a film which imaginatively explores the hilarity, confusion, and surprises of love through the evolving consciousness of Oliver (Ewan McGregor). Oliver meets the irreverent and unpredictable Anna (Mélanie Laurent) only months after his father Hal (Christopher Plummer) has passed away. This new love floods Oliver with memories of his father who, following 44 years of marriage, came out of the closet at age 75 to live a full, energized, and wonderfully tumultuous gay life. The upheavals of Hal's new honesty, by turns funny and moving, brought father and son closer than they'd ever been able to be. Now Oliver endeavors to love Anna with all the bravery, humor, and hope that his father taught him.

And I would like to congratulate Novak Djokovic on winning Australian Open today, he made Serbia proud again! And it's Arlee Bird's birthday today, so head over to his place and tell him I've sent you with a cake :)
Posted by DEZMOND at 1:32 PM