RICHARD ARMITAGE BEATS RUPERT PENRY JONES AND GERARD BUTLER IN HOLLYWOOD SPY'S "WHO SHOULD BE THE NEXT JAMES BOND" POLL!

HOLLYWOOD SPY's WHO SHOULD BE THE NEW JAMES BOND poll is over and I must thank you for voting in hundreds and hundreds. The winner is charming Richard Armitage who won stunning 61% of your votes (almost 300 in total). Rupert 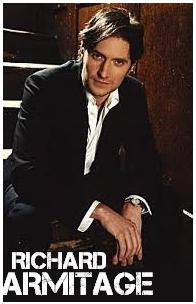 Penry Jones also had an amazing support with 14% leaving Gerard Butler in the third place with 10% of your votes.

Well, our winner Richard Armitage really has all that it takes to be a great James Bond - he is charismatic in a very cool and refined way, his presence is kinda magnetic, he has one of the strongest fan support among ladies I've ever seen (remember the 2,000 votes those lovely ladies had left at HOLLYWOOD SPY when he competed in one of our previous polls?) and we know girls love Bond and Bond loves girls :) If he doesn't get the role of agent 007 himself he would also fit the role of James Bond's nemesis nicely, since he already proved he can play a great villain in ROBIN HOOD TV series which made him popular. British people also know Armitage from NORTH AND SOUTH and SPOOKS. In the future we will be watching him in two big blockbusters CAPTAIN AMERICA THE FIRST AVENGER and THE HOBBIT! 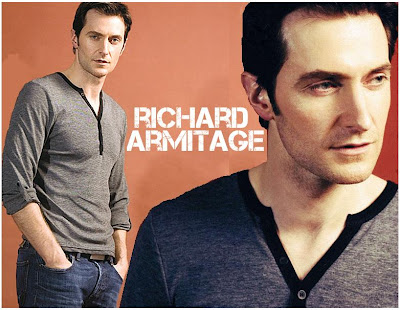 I must admit I always love when you show some love for Rupert Penry Jones, whom I love dearly as well. Just like Richard Armitage he was previously voted BEST BRITISH GENTLEMAN in one of HOLLYWOOD SPY's polls, and just like Armitage Rupert also acted in SPOOKS. He is also charming and magnetic like Armitage, but unlike him Rupert's charisma is more warm and kind, which would make him an appealing and lovable James Bond, and plus he is smokin' hot in tuxes and suits :) You've seen Penry Jones in films such as FOUR FEATHERS, MATCH POINT and CHARLOTTE GRAY with Cate Blanchett. 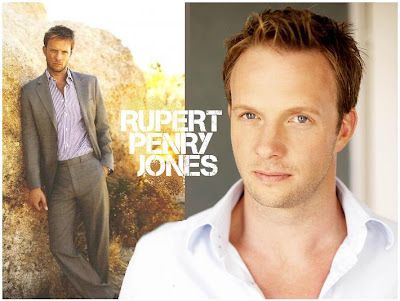 Now, our favourite Scottish hunk Gerard Butler, or as we like to call him Gerry Berry, took third place, but that's OK since he said before that he likes to be versatile in acting and thus he wouldn't like to get typecast as James Bond.  But he WOULD make a real fine 007 bringing back the roughness and raw charms of Sean Connery's Bond with a touch of his own humour, sexual appeal and wittiness. He also won THE BEST BRITISH GENT poll before at HOLLYWOOD SPY and even if he never gets the Bond role we will be seeing him in BURNS, CORIOLANUS, MACHINE GUN PREACHER... 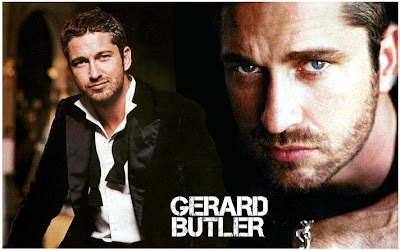 Now, shall we move to the second round of WHO SHOULD BE THE NEXT JAMES BOND poll? A bunch of stunningly handsome and profoundly charismatic actors are waiting for you to give them your votes in next two weeks. Who shall it be: refined and naughty Jude Law, quiet and rugged Sam Worthington, profound and breathtaking good guy Henry Cavill, reserved and authoritative Damien Lewis, dashing and noble Ioan Gruffudd, zombie sheriff whom we trust Andrew Lincoln,  young and upcoming Luke Evans or shall we have a super hot Australian Bond Alex O' Loughlin?
Posted by DEZMOND at 10:01 PM