Although I don't care much about Michael Douglas nor about martial arts and action movies, I do care a great deal about Michael Fassbender and Ewan McGregor who have just joined mister Douglas and mixed martial arts fighter Gina Carano in Steven Soderbergh's new movie "Knockout". 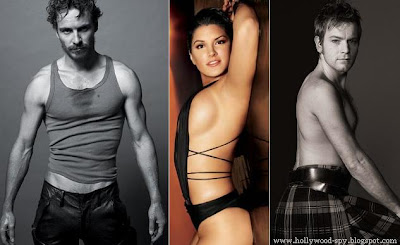 According to "Movieweb" it will be a revenge action-spy thriller following Mallory Kane (Carano), a black ops super soldier, who, double crossed by someone on her own team, seeks to uncover who has set her up to take the fall for a job that goes bad and involves a murder. Douglas will play a government official, Fassbender will portray a member of Carano's special forces team and McGregor will play the owner of a training facility that Carano's character belongs to.

UPDATE: According to "The Playlist" Channing Tatum will play Aaron, a military specialist who is sent in to try and bring Gina Carano's character back into the fold, once it's believed she has gone rogue. Antonio Banderas is in talks to join the cast as well, playing the head of a European Black-ops squad.
Posted by DEZMOND at 6:39 PM