FOX READY FOR ANOTHER "PLANET OF THE APES" REBOOT

Since remakes are so popular these days in Hollywood, why not do a reboot of a movie that had its last remake just few years ago? :) 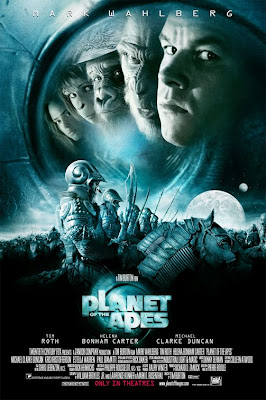 According to "Movie Web" Fox is planning to give a new life to the "Planet of the Apes" franchise. Apparently, Scott Frank, who was set to write and direct the film, had left the project when the studio wanted the film to go in another direction and now Fox has hired Jamie Moss to rewrite Frank's script while Peter Chernin will produce the film. The reboot will get its director very soon as well.
Well, I'm not against this, although I didn't like the last version which, thanks to Tim Burton, didn't have any essence, depth and direction, I do like those big sf epics which could look good with today's new CGI technology.
Posted by DEZMOND at 2:50 PM