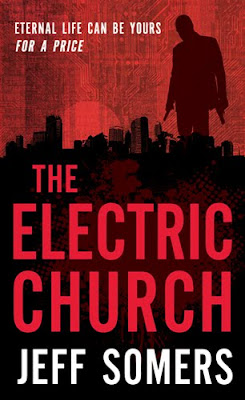 Jeff Somers. They've already hired Trevor Sands to write the adaptation of the first book called "The Electric Church". The current name being used for this project is "The Avery Cates Project" based on the name of the book's main character.
Jeff Somers has finished three books in the series so far. They are all set in a near future where Earth is run by a federation of nations and governed by a council. Avery Cates character is a bodyguard-assassin who is told by the governing police force to kill the founder of a church that converts people by transplanting their brains into pliant robotic bodies.
Posted by DEZMOND at 9:27 PM