BATTLE OF ANGELS IN THE NEW CLIP FROM "LEGION" 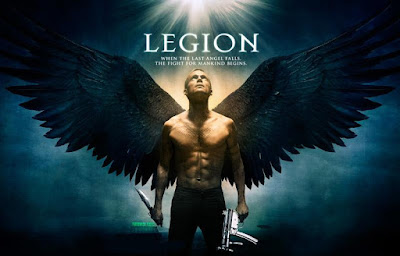 Here's the latest clip from this month's most anticipated movie release "Legion" showing the stunning fight scene between archangel Michael played by Paul Bettany and archangel Gabriel played by Kevin Durand. In this supernatural action, which premieres January 22nd, God loses faith in humanity and sends his legion of angels to wipe out the human race for the second time. Mankind's only hope lies in a group of misfits holed up in a diner in the desert who are aided by the archangel Michael.