Here at HOLLYWOOD SPY we've been reporting for years now how Neil Jordan has been planning a historical movie on famous Borgia family. Many actors have been mentioned in the project - Ewan McGregor, Cristina Riccie, Antonio Banderas, Jude Law, Portia De Rossi ... 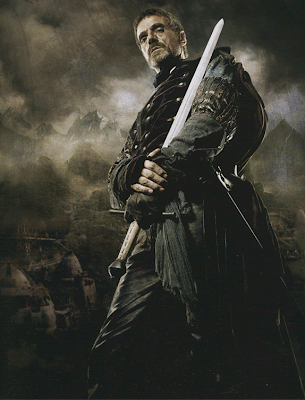 but now it's official. "The Borgias" will be a stunning and totally decadent new historical show from the best channel out there - "Show time". Jeremy Irons will headline this new 13 episode historical drama replacing the worldwide smash hit "The Tudors" which will end next spring.
"The Borgias" takes place in Italy in 1492 and is centered around a powerful crime family that is headed by patriarch Rodrigo Borgia (Irons)who becomes a pope and has some very problematic children, Cezare and Lucrezia being the most famous among them. With many outrageous twists and turns, blood, lust, political scandals and dark family ties this new epic saga will be produced by amazing Michael Hirst, who has written every episode of "The Tudors". The show is originated at DreamWorks TV and Robert Zemeckis' ImageMovers while Neil Jordan will executive produce the whole show and will direct the first two episodes. Production starts in the spring for an early 2011 run.
This is the most natural replacement for "The Tudors" which have set an extremely high standard for all future historical shows in almost all fields - from acting, directing to costume and set design and cinematography. I'm overwhelmed by this news and can't wait for the casting process to continue!
Posted by DEZMOND at 9:38 PM