THE LAST SEVEN MOVIES IN THE RUN FOR BEST VISUAL EFFECTS OSCAR ANNOUNCED!

The Academy of Motion Picture Arts and Sciences has announced today the list of seven films which remain in the run for the best Visual Effects Oscar for the 82nd Academy Awards. These are the lucky ones: "Avatar", "District9", "Harry Potter and the Half Blood Prince", "Star Trek", "Terminator Salvation", "Transformers2" and "2012". 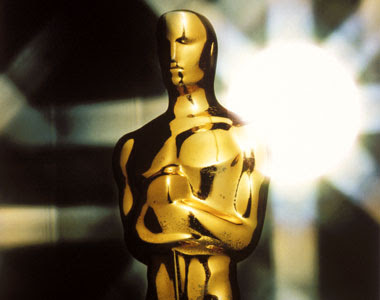 All members of the Academy's Visual Effects Branch will be invited to view 15-minute excerpts from each of the seven shortlisted films on Thursday, January 21. After that the members will vote to nominate three films for final Oscar consideration. The 82nd Academy Awards nominations will be announced on Tuesday, February 2, while the gala award ceremony will be held on Sunday, March 7, at the Kodak Theatre and will be televised live in more than 200 countries worldwide.
How will you feel if "Avatar" doesn't win the Oscar for Visual Effects???
Posted by DEZMOND at 9:16 PM