It seems that Keanu Reeves, who's gone missing from Hollywood's A-league after "Matrix", has find himself an interesting new role. 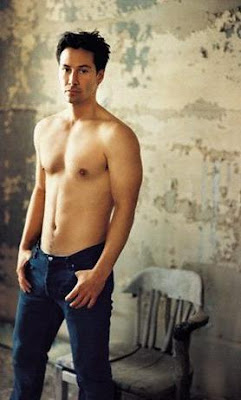 According to "MovieWeb" Italian director Gabriele Muccino will direct a sci-fi romance "Passengers" with Keanu Reeves as the main star in a love story set on a space ship.
The mid- budget "Passengers", which will start shooting this summer, is set in the future on a spacecraft making a centuries-long interstellar voyage to a new planet. Due to a computer glitch, a single passenger (Keanu Reeves) awakens from cryogenic sleep 90 years before anyone else. Faced with the prospect of growing old and dying alone, he, in turn, awakens a beautiful woman. The director said that the main female role will be given to a "lesser-known" talent.
Posted by DEZMOND at 9:36 PM