BLOOD AND SEX IN THE PREMIERE OF THE NEW EPIC SHOW "SPARTACUS: BLOOD AND SAND"

So the long awaited historical series "Spartacus: Blood and Sand" has premiered this weekend. Did you watch it? Did you like it? I hear it's a total gore fest, and should be called "Blood and Sex" :), instead. But it's visually really stunning and promises a lot of fun in front of TV. 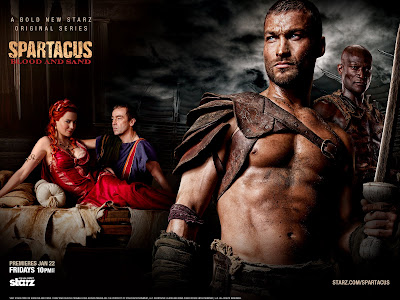 Betrayed by the Romans. Forced into slavery. Reborn as a Gladiator. The classic tale of the Republic’s most infamous rebel comes alive in the graphic and visceral new series, "Spartacus: Blood and Sand". 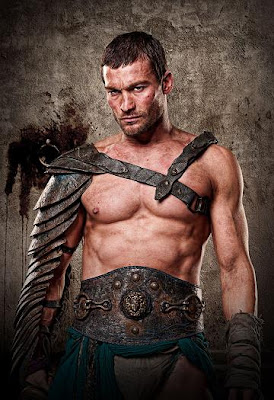 Torn from his homeland and the woman he loves, Spartacus is condemned to the brutal world of the arena where blood and death are primetime entertainment. But not all battles are fought upon the sands. Treachery, corruption, and the allure of sensual pleasures will constantly test Spartacus. To survive, he must become more than a man. More than a gladiator. He must become a legend.
Starring Australian actor, Andy Whitfield (McLeod's Daughters) as Spartacus, Lucy Lawless (Xena: Warrior Princess) as Lucretia, John Hannah (The Mummy, Four Weddings and A Funeral) as Batiatus and Craig Parker (Lord of the Rings, Legend of the Seeker), this unique mix of live action, graphic novel effects and brutal battle sequences is set to make "Spartacus: Blood and Sand" an epic television event.