HOLLYWOOD SPY'S HIDDEN GEMS: CRAIG PARKER FROM "SPARTACUS", "LORD OF THE RINGS" & "LEGEND OF THE SEEKER" 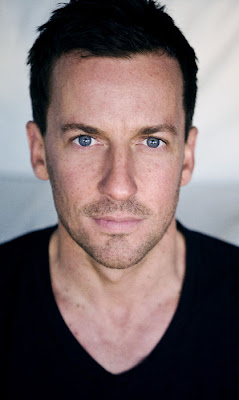 is Fiji born actor from New Zealand Craig Parker. He is interesting because it seems he's always getting royal or godly roles, constantly portraying charismatic and authoritative characters. After playing demi-gods in XENA and "Young Hercules" he kept on playing immortal or magical figures. Peter Jackson has given him the role of the brave elven army leader Haldir from Galadriel's kingdom of LotLorien who dies in the arms of Aragorn in the battle against Uruk-hais in LORD OF THE RINGS saga. But after playing the good guy with a blond wig, he decided to become naughty and dark-haired, so he accepted the role of now famous Darken Rahl, the main villain in LEGEND OF THE SEEKER. This year we will be watching him as a charming and strict Roman general 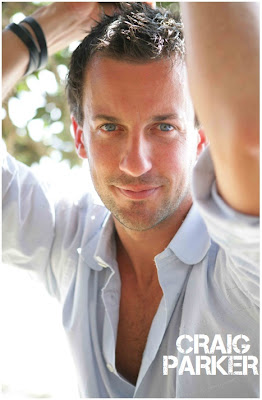 Glaber in another historical project SPARTACUS BLOOD AND SAND. He's obviously like a chameleon so it's almost impossible to recognize him as the same person under the mask and costume of "Seeker's" Darken Rahl, "LOTR's" Haldir, "Underworld's" Sabas or "Spartacus'" Glaber.

UPDATE FEBRUARY 2012: this post on deeply charismatic and stunningly seductive Craig Parker has become one of the most visited pages at HOLLYWOOD SPY ever and is constantly getting hits even two years after the premier. Craig has gathered quite a number of devoted fans now, and has continued amazing us with his role in the third season as well in SPARTACUS VENGEANCE. 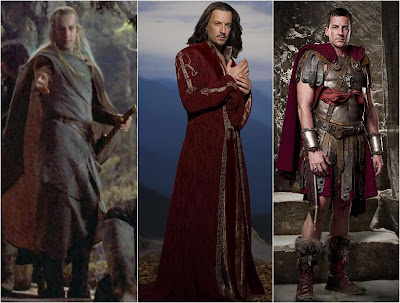