OH, NO, GREMLINS ARE COMING BACK!

Oh, lord has someone given them water after midnight??? The Gremlins are alive and ready to come back again onto the big screens. According to the first gossips the remake of Joe Dante's 80's blockbuster "Gremlins" is in the works and will be stereoscopic 3D. 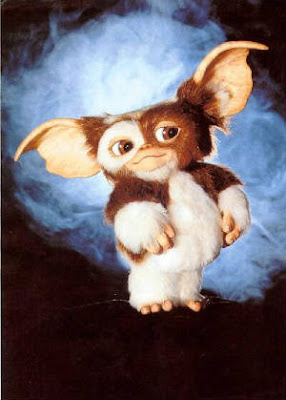 As you probably remember from your childhoods the original film centers on miniature green monsters who tear through the small town of Kingston Falls. Hilarious mayhem and destruction ensue as a mild-mannered bank teller releases these hideous loonies after gaining a new pet and violating two of three simple rules: No water (violated), no food after midnight (violated), and no bright light.
Well, I guess this was expected after the announced remakes of almost all other 80's hits from "Mad Max", "Dune", "Conan", "Ghostbusters", "Karate Kid" and "Overboard" to "Romancing the Stone" and "The Goonies". At least it would be nice to see that cute little Gizmo again :)
Posted by DEZMOND at 9:30 PM