LADIES AND GENTLEMEN THE HOLLYWOOD SPY 2009 AWARDS ARE HERE! 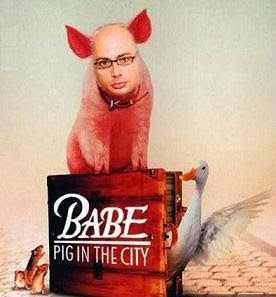 Ladies and gentleman, welcome to the glamorous HOLLYWOOD SPY AWARDS 2009 ceremony. As announced, I've decided to give some praise to the people who have been the most faithful supporters of this blog. Each of them gets a tittle as an award. Since all the stars and the press have gathered in the auditorium, let's start with our ceremony:

BEST CYBER FAN award goes to my dear friend Marko Belsak. He's too lazy to open his own blog, so he uses my headquarters for spreading his cinematic propaganda, and I'm not complaining :) As my dearest cyber supporter and a great friend, he's been following my spy work for many years now throughout the Net. I've said many times that I'd like him for my attorney if I ever ended up in court. I honour his wisdom, loyalty and resourcefulness.

CYBER SAMURAI award goes to Jaccsy from BUZZES CAFE and MOVIE CAFE, Hollywood Spy's ambassador for Asia and southern hemisphere, a brave blogging samurai who sails the movie oceans connecting East and West in the darkness of cinema.

QUEEN OF ROMANCE awards goes to lady Avalon of ROBIN HOOD, NARNIA, NATIVE ACTORS AND PERIOD FILMS blog. Surrounding us with mists of ancient past she often brings up profound social topics in her blog demonstrating her sensibility, understanding and tenderness. Her people should be proud of her.

BLOGGING LADY 2009 award goes to my dear Michele from THE SOUTHERN CITY MYSTERIES blog. As a TV producer and a writer she possesses amazing organizing skills, but although she's a kind of lady you would like as a chief of your presidential cabinet, she still remains a southern belle from the 21st century.

MAN OF INTEGRITY award goes to TheAnswerMVP2001 from COMMON SENSE MOVIE REVIEWS blog. Deeply opinionated, wise and firm he is respected by the blogging society although he's not afraid to admit he has hots for older ladies and S Club 7 :) I like to talk music with him, it's a thing of our own.

THE WITTY CHARMER award goes to our dear Ryan aka Univarn from A LIFE IN EQUINOX blog. Although our favourite movie lists are different like elves and orks, although nobody can grasp the tittle of his blog (I suspect he can't either), although his life long goal is to conquer the planet and put pandas as his minions, although he shows mild signs of schizophrenia (when he talks to himself), I still love him very much convinced that his charms would melt even the heart of late Charlton Heston.

Now, off you go home, and check your mailboxes . I've sent you bills to pay for this honour I've just bestowed upon you all. We can negotiate the payment rates :)
Posted by DEZMOND at 6:40 PM