One of the most shocking news that has been circling around the Net and the press this week is about the legendary American actor and filmmaker Dennis Hopper who has apparently been having intuitions that he would die soon. 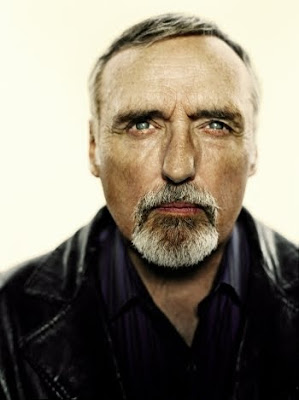 The cancer-stricken Dennis Hopper has recently finished working on his television series "Crash" and is under the feeling that his end is near! According to news channels and gossip sites Dennis Hopper has been telling his friends and family recently he would not live for long.
The actor was diagnosed with prostate cancer in September and the doctors said the malignancy has reached to his bones. His condition has been reported to have deteriorated and still worsening with each passing day. Right now, Dennis is hospitalized in Cedars-Sinai Medical Center in Los Angeles since Christmas.
Unconventional and multi-talented Dennis Hopper (73) has had many cult roles like the ones in "Easy Rider", "Apocalypse Now", "Blue Velvet", "Speed" and many people remember him as the villain from "Waterworld". I personally loved him best in historical mini series "Samson and Delilah" and "Jason and the Argonauts".
Let’s keep our fingers crossed for Dennis…
Posted by DEZMOND at 9:43 PM