"CLASH OF THE TITANS" IS YOUR MOST ANTICIPATED MOVIE OF 2010! NOW LET'S CHOOSE THE BIGGEST STAR OF 2009

Our poll in which we were choosing YOUR MOST ANTICIPATED BLOCKBUSTER OF 2010 has just finished and the results are very interesting. The movie you want to see most this year is the upcoming epic CLASH OF THE TITANS with 22% of 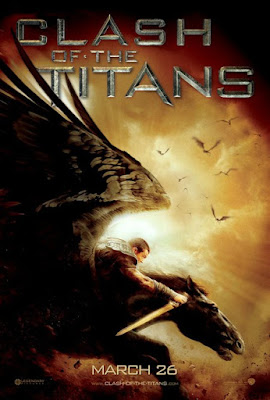 your votes, followed by this week's release LEGION with 18% of the votes, PRINCE OF PERSIA: SANDS OF TIME with 17% and THE LAST AIRBENDER with 15% of your votes. It seems you are not into Russell Crowe since only 2% of you want to see his ROBIN HOOD.

But let us turn to our new poll which starts immediately: we are choosing THE BIGGEST STAR OF 2009. Who was the biggest, the most popular, the most successful, who was under the spotlight all the time? I thought about this for a long time and decided that four nominees should be the two music stars and two movie stars who ruled 2009.
LADY GAGA who managed to freshen up the stale waters of world music scene with her stunning, creative and catchy hits "Just Dance", "Poker Face", "Paparazzi", "Love Game" and the sensational "Bad Romance", and she also proved that you are pretty as you are, not as what world wants you to be.
BEYONCE, the r'n'b diva, queen of charts, who conquered the world last year with her smash hits "Single Ladies", "Halo", Sweet Dreams", "Brokenhearted Girl" and with her ultra successful world wide tour.
SAM WORTHINGTON who not only starred in two of the last year's biggest cinema hits "Terminator Salvation" and "Avatar" but also got a role in this year's "CLASH OF THE TITANS" and is considered the main candidate in pretty much all the casting deals for the biggest upcoming blockbusters.
JAMES CAMERON who mesmerized and hypnotized all the world with his "Avatar" creating something that is looking to become the most profitable movie of all times.
Posted by DEZMOND at 10:55 PM