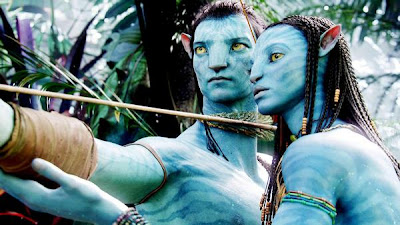 Our latest poll in which we've spent two weeks choosing your favourite BLOCKBUSTER OF 2009 is officially over and the results are not surprising. I must say I personally like your choice. With 28% of votes, James Cameron's "Avatar" is the winner. It seems you agree with millions of people who've already helped this movie to earn more than $1 billion around the world in just 15 days. Second place is reserved for "Star Trek" with 24% of your votes which means it was really close behind "Avatar". It seems that you liked this highly entertaining, charming and successful remake of the famous franchise with its amazing cast and almost stunning character development.

The third place went to one of the most anticipated movies this year, Zack Snyder's "Watchmen" with 22% of your votes. Although it didn't make miracles at the box office being too complicated and to philosophical, it seems that it's stunning cast and Snyder's brave enthusiasm have won your love and well-deserved respect.

The new poll starts immediately and in the next two weeks we will be choosing YOUR MOST ANTICIPATED 2010 BLOCKBUSTER. The candidates are: "The Last Airbender", "Prince of Persia: the Sands of Time", "Narnia: Voyage of Dawn Trader", "Robin Hood", "Clash of the Titans", "How To Train Your Dragon", "Legion" and "Alice in Wonderland". Hope I didn't miss any. You can vote as many times as you want.
Posted by DEZMOND at 11:36 PM