We've mentioned Sean Bean's upcoming historical movie "Black Death" some time ago, and now we have an update: the movie is officially out in Great Britain in February this year, and thanks to "Beyond Hollywood" we also have the first pictures from the movie. 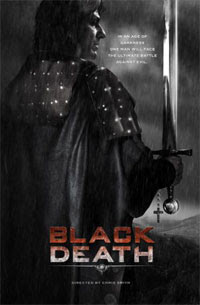 Directed by Christopher Smith the movie is set in medieval England which has fallen under the shadow of the Black Death. In this apocalyptic world, filled with fear and superstition, a young monk called Osmund is charged with leading a fearsome knight, Ulric (Sean Bean) and his group of mercenaries to a remote marsh. Their quest is to hunt down a necromancer – someone able to bring the dead back to life. Torn between his love of God and the love of a young woman, Osmund discovers the necromancer, a mysterious beauty called Langiva. After Langiva reveals her Satanic identity and offers Osmund his heart’s desire, the horror of his real journey begins. 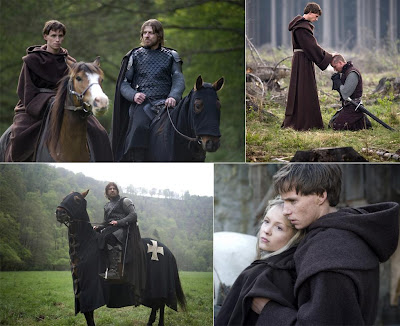