Walt Disney's adaptation of the sf epic "John Carter of Mars" has just got a new cast member: Bryan Cranston (best known as the father of the highly dysfunctional family from "Malcolm in the Middle")will play a Civil War colonel who is in conflict with Carter. He will join a very interesting cast including Taylor Kitsch, Mark Strong, Lynn Collins, Willem Dafoe, Samantha Morton, Dominic West, James Purefoy, and Polly Walker. 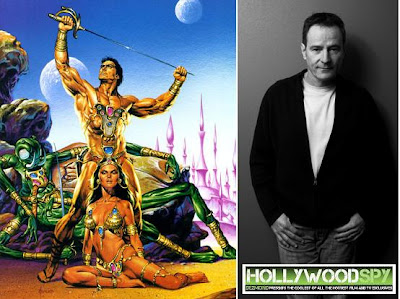 Directed by Andrew Stanton the movie follows Carter's adventures on Mars where he encounters both formidable alien creatures resembling the beasts of ancient myth and various humanoids and finds his true calling in life as a warrior-savior of the planet's inhabitants. At the end he wins the hand of Martian princess Dejah Thoris of Helium.
This movie, which many see as the future "Avatar", starts shooting next week for a 2012 release.
Posted by DEZMOND at 10:01 PM