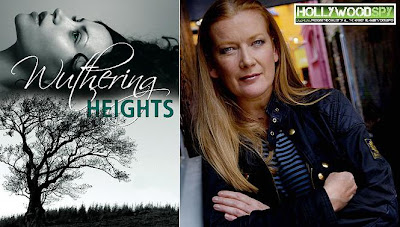 According to "Variety" British director Andrea Arnold ("Fish Tank", Oscar-winning short-film-maker, the star of the Cannes film festival) has signed a deal to direct a new adaptation of Emily Bronte's novel "Wuthering Heights". The adaptation of the favourite female novel of all times has had a lot of problems so far. Both Peter Weber and John Maybury have left the helm of this movie last year. Natalie Portman, Abbie Cornish and Gemma Arterton were all attached at one point to play the female lead, while young Ed Westwick might play Heathcliff. With Andrea Arnold on board, the project will probably start production this spring. The film is said to emphasize the youthful, teen aspect of the main characters in the original source material.
As you know, "Jane Eire" will also get adapted onto the big screen with Michael Fassbender and Mia Wasikowska in the main roles.
Posted by DEZMOND at 9:40 PM