Will Gerard Butler turn to dramatic roles, after receiving high praise for his roles in THE MACHINE GUN PREACHER and CORIOLANUS? Probably not, at least not according to "Variety" 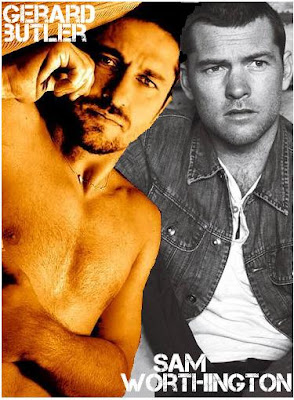 which reports that he is in negotiations to star in Antoine Fuqua's HUNTER KILLER. Based on the novel "Firing Point" by George Wallace and Don Keith, the story follows an untested submarine captain who must work with a Navy SEAL team to rescue Russia's president, who's taken prisoner during a military coup. The two sides team to stop a rogue Russian general from igniting World War III. Butler would play the captain, while Sam Worthington is rumored for the role of the Navy SEAL team leader.


THE SCORPION KING III
Here's something that is going straight to DVD market this January! But if you love epics, you will still like this one: it's the 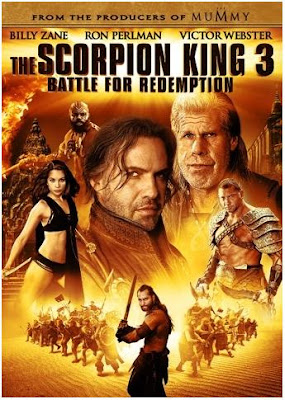 third part of THE SCORPION KING: BATTLE FOR REDEMPT ION Starring Ron Perlman, Billy Zane and Victor Webster, this lavish production will include an army of warrior elephants and astounding battle sequences featuring a myriad of martial arts and swordfight sequences. The plot: Since his triumphant rise to power in the original blockbuster THE SCORPION KING, Mathayus' kingdom has fallen and he's lost his queen to plague. Now an assassin for hire, he must defend a kingdom from an evil tyrant and his ghost warriors for the chance to regain the power and glory he once knew.
Your video treat for the end of the week is the first trailer for THIS MEANS WAR which should hit theaters next February. The story in this rather silly and brutal action comedy revolves around the world’s deadliest CIA operatives (Tom Hardy and Chris Pine) who are inseparable partners and best friends until they fall for the same woman (Reese Witherspoon). Having once helped bring 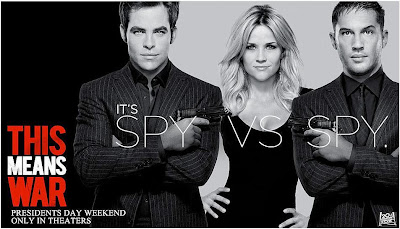 down entire enemy nations, they are now employing their incomparable skills and an endless array of high-tech gadgetry against their greatest nemesis ever - each other. Although the lead trio seems charming and super fun, we shall have to wait and see how the movie will turn out, since it is directed by always awful McG (CHARLIE'S ANGELS, TERMINATOR SALVATION) and written by the writer of equally awful MR. AND MRS. SMITH.
Posted by DEZMOND at 12:00 AM