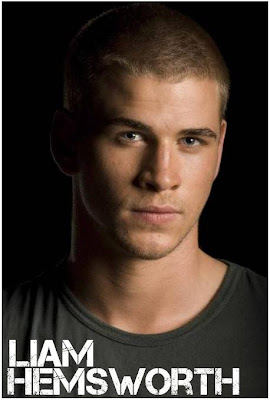 The younger brother of Chris Thor Hemsworth, Liam Hemsworth has a new project in his pocket. Beside taking one of the leads in HUNGER GAMES and going oriental in ARABIAN NIGHTS, he will now take the lead in sf film TIMELESS too, which I mentioned back in 2010.  Directed by  Phillip Noyce (SALT) the movie will follow a recently widowed man who inherits a fortune from his late wife. Plagued by an unresolved issue between he and his wife, he uses the money to build a time travel device to see her one last time, and to resolve a mysterious issue between the two of them.

HOLLYWOOD SPY REMAKE NEWS
When it comes to remake/reboot news this Monday, "MovieWeb" reports that THE CROW remake has lost its director Juan Carlos Fresnadillo 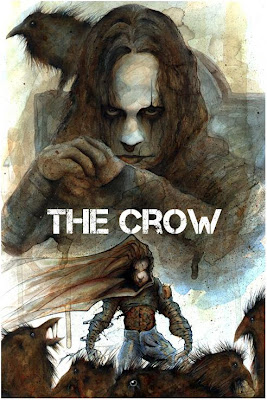 (28 WEEKS LATER), who is also in the game for directing new HIGHLANDER. As you remember THE CROW also lost its main star when Bradley Cooper decided to play Lucifer in PARADISE LOST instead. He could be replaced by Channing Tatum now. Meanwhile, TOP GUN sequel is also in preproduction. Producer Jerry Bruckheimer has now hired THOR and X-MEN FIRST CLASS screenwriters to pen the script.  To be directed by Tony Scott the sequel will focus on a group of young Air Force pilots, who fly remote-controlled drone planes from a command center.
A new trailer and a new poster have been released for the new uplifting romantic film NEW YEAR'S EVE which opens in cinemas 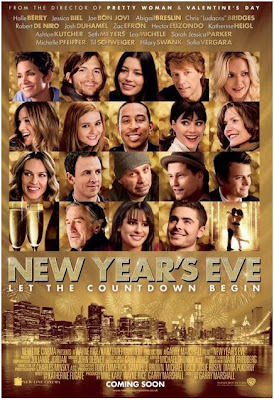 December 9th directed by Garry Marshall. A kind of sequel to VALENTINE'S DAY, this movie celebrates love, hope, forgiveness, second chances and fresh starts, in the intertwining stories told amidst the pulse and promise of New York City on the most dazzling night of the year. As you can see from the poster, the film features an amazingly stellar cast which includes Robert De Niro, Sarah Jessica Parker, Jake Gyllenhaal, Ashton Kutcher, Zac Efron, Lea Michele, Jessica Biel, Sofía Vergara, Josh Duhamel, Katherine Heigl, Michelle Pfeiffer, Abigail Breslin, Jon Bon Jovi and Til Schweiger.
Posted by DEZMOND at 12:00 AM