It's a very boring beginning of the week, and I only have two trailers for you today, my freaks. One for a new show, and one for a foreign epic.

NOVA ZEMBLA
Over at "Buzzes Cafe" I came upon the thrilling trailer for a Dutch epic film NOVA ZEMBLA. The first 3D film to come from Holland follows the true-life travel of Willem Barentsz, who in 1596 tried to find a shorter shipping route to India by going North over Russia through uncharted waters. The ship and its crew got surprisingly far, managing to round the Northern tip of the island 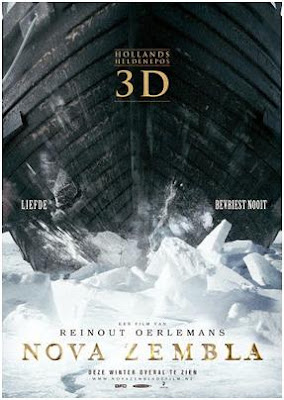 Nova Zembla before getting irrevocably stuck in the ice. Plagued by hunger, extreme cold and attacks by polar bears, the men made it through the winter by demolishing their wooden ship and using the planks to build a large shelter on the island. When spring arrived the survivors demolished the shelter, built a smaller boat and managed to travel back to The Netherlands. Hopefully, the film will be translated into English at some point. The most interesting thing is that it also stars one of the hottest models ever - spellbinding Doutzen Kroes.


HELL ON WHEELS
Ready to debut on Sunday, November 6th in it's first season is AMC's new show HELL ON WHEELS which tells the epic story of post-Civil War America, focusing on a Confederate soldier (Anson Mount) who sets out to exact revenge on the Union soldiers who have killed his wife. His journey takes him west to HELL ON WHEELS, a dangerous, raucous, lawless melting pot of a town that 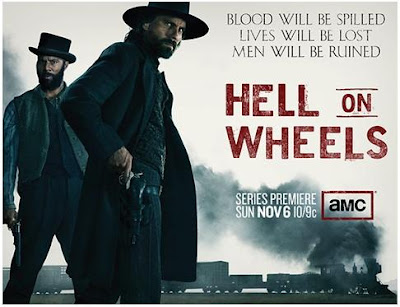 travels with and services the construction of the first transcontinental railroad, an engineering feat unprecedented for its time. The series examines the railroad's institutionalized greed and corruption, the immigrant experience, and the plight of the newly emancipated African Americans during reconstruction. Over time, HELL ON WHEELS chronicles this potent turning point in our nation's history, and how uncivilized the business of civilization can be.

PS! Have you watched Sunday's (US) or Monday's (rest of the world) premiere of the 2nd season of THE WALKING DEAD? How did you like it? I thought it could've used less of the religious

crap, but it was certainly thrilling. It also broke some records with about 11 million viewers only in USA which is more than 40% above the 1st season opening episode. I don't know what to think of the end of the 1st episode. I'm shocked.
Posted by DEZMOND at 12:00 AM