Premiering October 12th in US cinemas, is Chinese mega epic 1911 with Jackie Chan (it is his 100th film!). At the beginning of the 20th century, China is in a state of crisis. 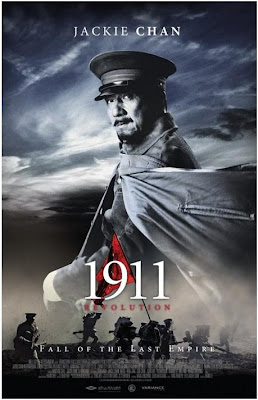 The country is split into warring factions, the citizens are starving, and recent political reforms have made matters worse, not better. The ruling Qing Dynasty, led by a seven-year-old emperor and his ruthless mother, Empress Dowager Longyu (Joan Chen), is completely out of touch after 250 years of unquestioned power.
With ordinary citizens beginning to revolt openly, the Qing Dynasty has created a powerful, modern army (the “New Army”) to quash any rebellion. But weapons are expensive, and desperate for cash, the Qing leaders are trading anything they can get their hands on with foreign countries… and selling China’s 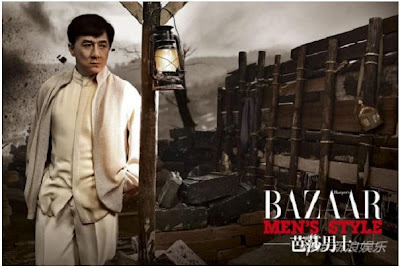 future in the process. Huang Xing (Jackie Chan) has recently returned from Japan, where he has studied the art of modern warfare. When he finds his country falling apart, he feels he has no choice but to pick up the sword, leading an increasingly desperate 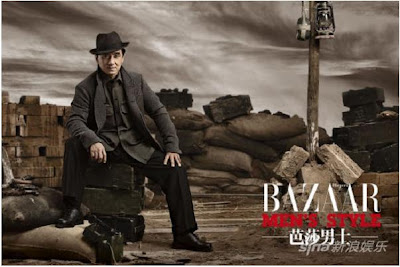 series of violent rebellions against the powerful Qing Dynasty and the New Army- several with tragic consequences. From the walls of the Forbidden City to the battlefields of China, with no expense spared in production and no detail ignored in its quest for historical accuracy, 1911 is a true epic in every sense of the word! 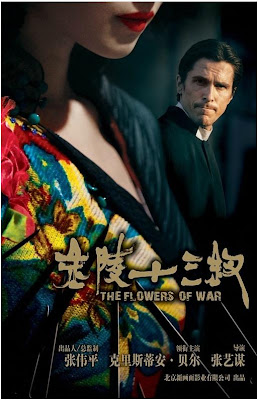 NANKING) to be their Oscars 2012 candidate. Starring Oscar winner Christian Bale, it is China’s most expensive film ever with the budget of almost $100 million. The plot of THE FLOWERS OF WAR will center on a foreign mortician who comes to China in 1937 to bury a priest. He has the misfortune of being there just as Japanese forces are taking over the capital and epic battles rage all around him. The late priest’s cathedral was also a school for girls in which the mortician must now pose as a priest to avoid incarceration by the advancing Japanese army. But he is forced to take a more active role in the conflict when the soldiers demand the use of the young female students as “entertainment” for their troops.
Posted by DEZMOND at 12:00 AM