EPIC TRAILER FOR "LEGENDARY AMAZONS"! JULIETTE BINOCHE IN "A MONKEY ON MY SHOULDER", JEREMY IRONS IN "A NIGHT TRAIN TO LISBON"! VAMPIRES ATTACK "IN THE DUST" CLOUDS!

First some film news from Europe. According to "ScreenDaily" Juliette Binoche and Edgar Ramirez (he is playing Ares in CLASH OF THE TITANS II) will team up in A MONKEY ON MY 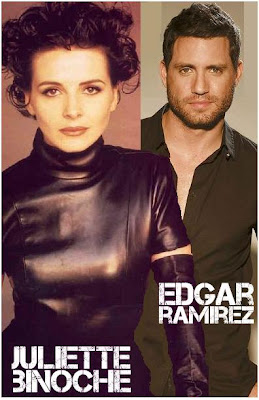 SHOULDER, a strange drama which will see them as two top surgeons, one from France, the other hailing from South America, who will be drawn into a love triangle with an unexpected pregnancy and an adventure down in Amazon. The same source has a report on A NIGHT TRAIN TO LISBON, a Bille August film with Jeremy Irons, Christopher Lee, Vanessa Redgrave, Lena Olin ...about a Swiss Professor, who, after saving a beautiful Portuguese woman from leaping to her death, stumbles on a mysterious book that convinces him he should leave academia behind and travel to Lisbon. In search of the author, he acts as detective, pulling together pieces of the personal and political puzzle.

HOLLYWOOD SPY DAILY HEADLINES
Top Cow will have another of their comics adapted into a film. This time it will be IN THE DUST, a graphic novel yet to be released 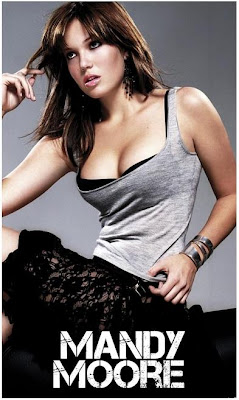 which follows a federal agent in the 1930s, who is investigating the bizarre disappearances of entire families during Midwestern dust storms. The agent discovers an army of vampires, who use the Dust Bowl as cover to feed on innocent families. When the vampires move to Chicago, he must team up with former members of Al Capone's gang to save the Windy City. Always cute Mandy Moore will take the lead in ABC's new sitcom US AND THEM which explores the inherent conflict that exists between the families you grow up in and the ones we make as adults and is told from the perspective of a young, newlywed couple.
You remember how earlier this year, I posted some breathtaking posters for THE LADY GENERALS OF YANG FAMILY Chinese epic? Well, I now have the first trailer for the film which changed its title into LEGENDARY AMAZONS. Hitting Chinese 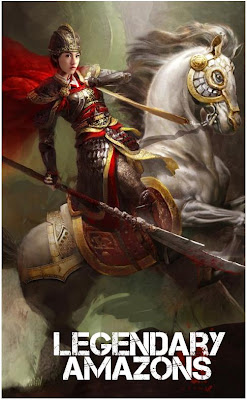 cinemas next month it is set in the period of the Northern Song Dynasty, when the emperor neglected the political affairs, hence rolling border war. The war brought times of hardship upon the Xia country. Enemies invaded the Song's territory forcefully and all the male members of The Yang family were slaughtered. Unable to tolerate the pain and suffering, Mu Guiying, the wife of General Yang Zongbao decided to organize the Yangs's widows and lead them into the battle against their enemies... This lavish Asian epic produced by Jackie Chan, will feature lots of different female characters from the Yang family including their 100 year old Yang matriarch, and her daughters some of which are extremely wise, some know how to use a  halberd, some are superb archers, some possess occult powers, some use embroidery needle as hidden weapon, some always have some inventive solutions.

AND DON'T FORGET THAT LATER ON TODAY I WILL BE POSTING AN EXCLUSIVE INTERVIEW WITH
KYLE PRYOR
FROM "SPARTACUS" AND "LEGEND OF THE SEEKER"
Posted by DEZMOND at 12:00 AM