The channel which brought us many lovely programmes, SPARTACUS for example, STARZ is planning a super cool new 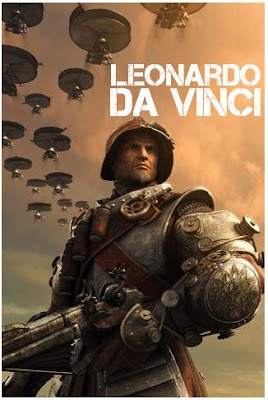 show. In cooperation with BBC they will produce DA VINCI'S DEMONS, an exciting new adventure series scheduled to shoot next year with 8 episodes. This historical fantasy, will follow the untold story of the world's greatest genius during his raucous youth in Renaissance Florence. Brash and brilliant, the twenty five-year old Leonardo da Vinci is an artist, inventor, swordsman, lover, dreamer and idealist. As a free thinker, with intellect and talents that are almost superhuman, he struggles to live within the confines of his own reality and time. He begins to not only see the future, but invent it.


HOLLYWOOD SPY HEADLINES
Here's another film which will gather a bunch of forgotten stars in its cast: Andy Garcia, Forest Whitaker and Deborah Unger, 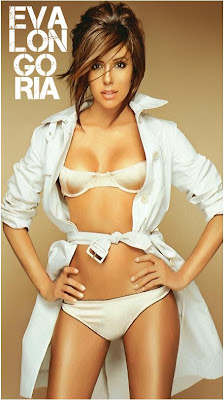 forgotten 90's stars, will join Eva Longoria and Kevin Durand in THE TRUTH, in which, as "Deadline" says, the story centers on Andy Garcia's character, an ex-CIA agent who became a political talk show host after retiring as a spy. He is hired by a whistleblower to help expose her company's hand in a South American village massacre. According to "MovieWeb", the new one to join THE ENGLISH TEACHER is our new Snow White Lily Collins. As you remember, the film has Julianne Moore as a passionate teacher who convinces her former star pupil to put on his unproduced play at the high school. The cast also includes Greg Kinnear and Nathan Lane.
Speaking of STARZ, your today's trailer treat is  the first clip for their lavish new show MAGIC CITY which will premiere in its first season next spring. The story is set in Miami Beach circa 1959, and it follows Jeffrey Dean Morgan as Ike Evans, a luxury hotel owner who in order to secure his dream begrudgingly gets in bed with mob boss Ben "The Butcher" Diamond (Danny Huston) - all while his former showgirl wife Vera (Olga Kurylenko) remains blissfully unaware. The cast also includes two super gorgeous beings - angelic Jessica Marais, the mindblowing Mord Sith beauty from LEGEND OF THE SEEKER and seductive Steven Strait from 10,000 BC.
Posted by DEZMOND at 12:00 AM