One of my dearest people in the world, American writer Melissa Bradley and I did a little chit-chat for you ahead of the release of her sixth published work NATHAN'S ANGEL, which comes out 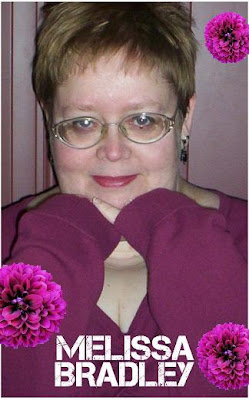 October 16th! Melissa grew up on the southeast side of Chicago amidst the spires of churches and the smokestacks of steel mills. Raised in a family of storytellers, some of her fondest memories are of her father and Uncle Moose regalng her with tales of giants and goblins. She has a passion for tales of history, romance, adventure, fantasy, sci fi and horror. Possessed of a huge naughty streak, she loves delving into the realm of the salacious and the spicy. When she's not creating mayhem in the fictional world, you can find her in her favorite places libraries, bookstores and movie theaters. Some of her novels include MAXIE BRISCO: WEREWOLF and BYZANTINE PROVOCATEUR.

DEZZ MELSY, TELL US SOMETHING ABOUT THE EXPERIENCE AND THE INSPIRATION IN WRITING NATHAN'S ANGEL YOUR LATEST BOOK
MELISSA This was a story born out of my very first published tale, Michael's Keeper. Nathan Rhodes was a beta werewolf in Michael's pack who helped save his king. His creation was inspired by some very close friends of mine whom I admire greatly. That being said, this was a difficult story to write because I had never put myself in the mindset of a gay man before. But, I wanted to tell 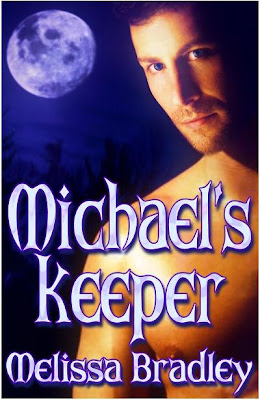 Nathan's story more than I was afraid to, so I pushed myself. However, there were times that I stopped working on this all together because I did let that fear get the better of me. I was afraid that I was not doing Nathan or my friends, for that matter, justice.
I also wanted to write a story that involved a werewolf, but that would be very different from the alpha werewolf stories that seem to dominate the landscape. I figured what could be more different than a werewolf who was not the dominant beast so to speak. Someone who had gotten picked on, was vulnerable to the bullies. What would happen when he finally came into his own.


DEZZ THAT SOUNDS EXTREMELY INSIRING, MELSY, AND SINCE I KNOW YOU'RE A MOVIE JUNKIE, DO YOU FIND YOUR OWN INSPIRATION IN FILMS AND ON TV?
MELISSA Oh definitely. I get inspired by plots, dialogue, themes and characters. Almost anything will make me say, "now what if instead of this, we had that"...Or "I so would have done that differently." Screenwriters inspire me to hone my craft, to make it tighter and more visual. I want people to be able to see my stories in their heads. And yeah, right now I'm published in erotica so seeing my stories in their heads will get quite steamy. LOL


NATHAN'S ANGEL
Sometimes, the laws of Heaven were meant to be broken…
When his soul mate is stolen from Paradise and reincarnated, Ramiel, angel of death and transformation, defies Celestial Law to find out why. As punishment for his crime, he is banished to 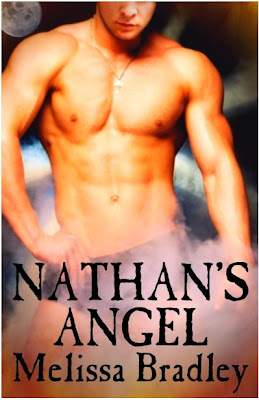 Earth in human form without his powers. His only hope lies in recovering the grace he lost in his fall from the Divine Realm…
Nathan, a beta werewolf, knows all too well what it’s like to be vulnerable and at the mercy of unfair people and situations. He is considered weak in the eyes of the alphas of his pack. Ramiel literally falling into his life changes him. Determined to help the sexy angel, he takes charge of the situation and to his surprise, begins to exhibit some rather alpha behavior…
As they search, a white hot, forbidden fire ignites between them, an inferno that sets them ablaze, fusing them body and mind. A passion that makes them question everything they’ve ever known. But when Ramiel’s grace is found, will they have the strength to let each other go?
DEZZ METHINKS, A LITTLE STEAM WON'T HURT ANYONE ;) IF NATHAN'S ANGEL GETS A MOVIE OR TV ADAPTATION WHO WOULD YOU LIKE TO SEE IN THE LEAD ROLES?
MELISSA What a sizzler it would be, I think the FCC would have a field day. LOL Oh I could definitely see one of my fave blond hotties, Chris Hemsworth as the angel Ramiel and the darkly handsome Ed Westwick as Nathan, my beta werewolf.


DEZZ CHRIS WOULD BE GREAT IF HE'S UP FOR SOME MAN LOVE ON THE BIG SCREEN:) MOVING AWAY FROM MOVIES, MELSY, I'M SURE WRITERS AMONG OUR READERS WOULD LIKE TO HEAR SOMETHING ABOUT YOUR JOURNEY TO GETTING PUBLISHED
MELISSA I've always written, but I had never really thought seriously about the possibility of publication until 1994 when I started writing reviews of women's fiction for a magazine called 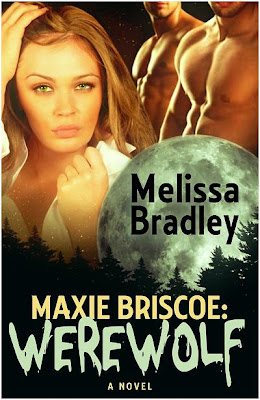 Rendezvous. I came into contact with so many other writers and started attending conferences. Then Life happened and dealt me several huge blows. It was not until the death of my father in 2002 that I started thinking about publication again.
It took me another six years, but in 2008 I won a contest at Amber Quill Press. The prize was a publishing contract. It was one of the most glorious experiences of my life. I think I turned cartwheels for days which quite a feat for someone as athletically challenged as I am. LOL Now, I'm three years into the publishing game and having the time of my life. It's so different than what I imagined, but it's the greatest experience.


DEZZ SO, MELSY, PATIENCE, TALENT AND CONSTANT WORK ARE WHAT COUNTS IN GETTING PUBLISHED. ALTHOUGH SEXY AND EXCITING, YOUR STORIES ARE ALWAYS WELL RESEARCHED. WHAT ARE YOU WORKING ON CURRENTLY? ANY PLANS? HOLDING ON TO WEREWOLVES OR MOVING ON TO ANGELS? :)
MELISSA You know how I love my sexy beasts, Dezz. ;) I could never give them up completely. I am currently working on a direct sequel to my first published story, Michael's Keeper. It is the second in a series of stories that is tentatively titled The Gatekeeper Chronicles. My protagonist, Ryanne Night-Walker, 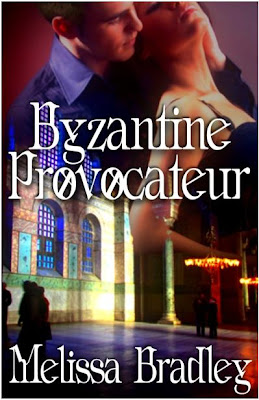 Crossroads Gatekeeper and paranormal investigator takes on Death as a client. I also have a story that's near completion set in China and along the old Silk Road during the 1920's and a huge novel that's in the research stages set during the First World War. And just when you think I'm going to bury myself in history, I do have the first in a sci fi trilogy nearly ready as well as a zombie tale.
I'm also working on a horror blog called Dead End and a film blog, The Movie 411. Movies are my other great passion. Especially horror films so you know I'm going to be there when The Thing opens as well as gearing up for The Walking Dead.

DEATH AS A CLIENT? OH, MY, YOU'VE BEEN NAUGHTY AGAIN, MELSY :) AND YOU KNOW I'VE BEEN EXCITED AND INTRIGUED BY THAT SILK ROAD NOVEL OF YOURS EVER SINCE I FIRST HEARD ABOUT IT.  THANKS FOR THE CHAT, AND THANKS ONCE MORE FOR PUTTING ME IN THE DEDICATION OF NATHAN'S ANGEL. LOOKING FORWARD TO BEING YOUR SUPPORT IN YOUR FUTURE WORK!
Posted by DEZMOND at 2:09 PM