October has started, believe it or not, and beside the big blockbusters which already had their spotlights at HOLLYWOOD SPY - epic THE THREE MUSKETEERS, action packed REAL STEEL, futuristicIN TIME and medieval ANONYMOUS, today's spotlight will guide you through the rest of the October films. 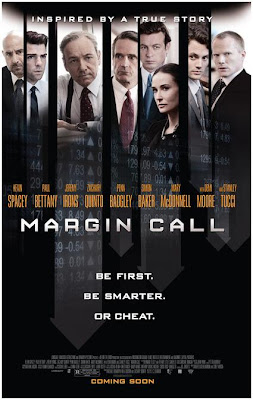 STELLAR MARGIN CALL
Set in the high-stakes world of the financial industry, MARGIN CALL is a thriller entangling the key players at an investment firm during one perilous 24-hour period in the early stages of the 2008 financial crisis. When an entry-level analyst unlocks information that could prove to be the downfall of the firm, a roller-coaster ride ensues as decisions both financial and moral catapult the lives of all involved to the brink of disaster. Amazing cast including Zachary Quinto, Kevin Spacey, Paul Bettany, Penn Badgley, Jeremy Irons, Stanley Tucci and Simon Baker, will hit cinemas October 21st. Click to watch the trailer. 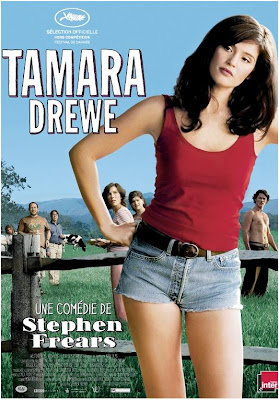 novel "Far From the Madding Crowd".Gorgeous Gemma Arterton (QUANTUM OF SOLACE, CLASH OF THE TITANS, PRINCE OF PERSIA), plays Drewe, a sexy flirt who returns to her small country village and stirs up dark passions among the locals. Beside Arterton, gorgeous and super talented cast also includes stunning Welshman Luke Evans (CLASH OF THE TITANS, IMMORTALS) and Dominic Cooper (CAPTAIN AMERICA THE FIRST AVENGER). Click for trailer. 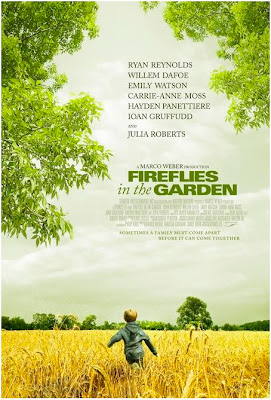 picture of the successful American family to an outsider: Charles (Willem Dafoe) is a tenured professor on track to become university president, son Michael (Ryan Reynolds) is a prolific and well-known romance novelist, daughter Ryne is poised to enter a prestigious law school, and on the day we are introduced to them, matriarch Lisa (Julia Roberts) will graduate from college— decades after leaving to raise her children. But when a serious accident interrupts the celebration, the far more nuanced reality of this Midwestern family’s history and relationships come to light. The cast also includes Emily Watson, Ioan Gruffudd, Hayden Panettiere and Carrie Anne Moss. Click for the trailer. 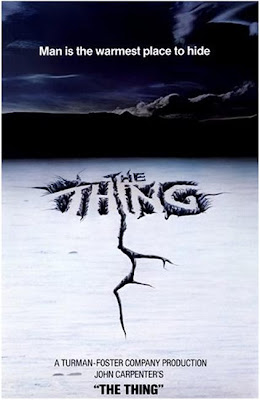 Direct prequel to John Carpenter's classic from the 70's, THE THING premieres October 14th set at an Antarctica research site that's invaded by an "alien life form". The discovery of an alien craft brings in graduate student Kate Lloyd (Mary Elizabeth Winstead) who partners with Sam Carter (Joel Edgerton), a helicopter pilot, to hunt down this alien. It's interesting that Universal Studios Florida will open a maze inspired by the film in the form of an abandoned scientific research facility in the midst of a vast and frozen Antarctica in which guests will get an unprecedented first-hand preview of the much-anticipated thriller.  Check out the scary trailer. 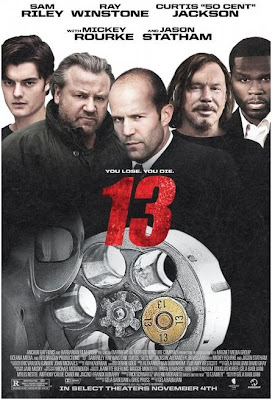 Intriguing and strange action thriller 13  rounds up a pretty huge cast including Jason Statham, Mickey Rourke, Alexander Skarsgard, Ray Winstone, Michael Shannon and even 50 Cent. Premiering October 28th,  the film follows a naive young man who assumes a dead man's identity and finds himself embroiled in an underground world of power, violence, and chance where men gamble behind closed doors on the lives of other men in some very strange game. And if you're not into action films, you might at least like Jason Statham's rather fancy and totally unusual and dashing outfits in the film :) Click for the trailer. 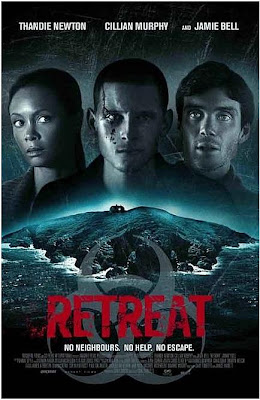 Premiering October 21st is RETREAT. As you know, this exciting and intriguing suspense thriller has quite a stunning cast including amazing Cillian Murphy, gorgeous Thandie Newton and always freaky Jamie Bell. In the rather atmospheric and spooky story Thandie Newton and Cillian Murphy  appear as a married couple who go on a beautiful but remote island to relax, but there they unexpectedly encounter a strange stranded man (Jamie Bell) who tells them that everyone on the mainland had been killed by an airborne virus and that the three of them are the only survivors. Click to watch the trailer.

FUN CHALET GIRL
Premiering October 14th is CHALET GIRL: Pretty tomboy Kim (Felicity Jones) used to be a champion skateboarder, but now she flips burgers to support herself and her dad. Opportunity 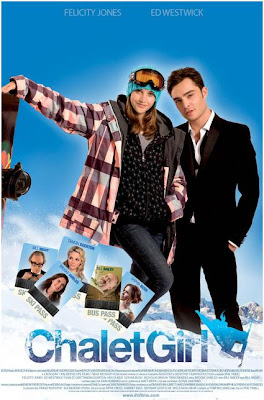 comes knocking when she flukes a winter-long catering job in one of the plushest ski chalets in the Alps. At first, Kim is baffled by this bizarre new world of posh people, vintage champagne, epic mountains and waist deep powder. Then Kim discovers snowboarding, and her natural talent soon sees her training for the end-of-season competition, with a chance to win major prize money. But before she can become a champion again, Kim needs to overcome her deepest fears – and figure out what’s going on with Jonny (Ed Westwick), her boss’ handsome but apparently unavailable son.The cast of this British film also includes Bill Nighy, Sophia Bush, Tamsin Egerton and Brooke Shields. 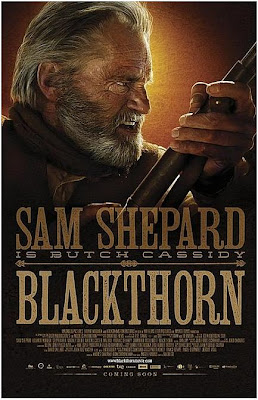 1908. In BLACKTHORN, Cassidy (Sam Shepard) survived, and is quietly living out his years under the name James Blackthorn in a secluded Bolivian village. Tired of his long exile from the US and hoping to see his family again before he dies, Cassidy sets out on the long journey home. But when an unexpected encounter with an ambitious young criminal (Eduardo Noriega) derails his plans, he is thrust into one last adventure, the likes of which he hasn’t experienced since his glory days with the Sundance Kid. Hitting cinemas on October 7th, the film also stars Nikolaj Coster Waldau. Watch the trailer. 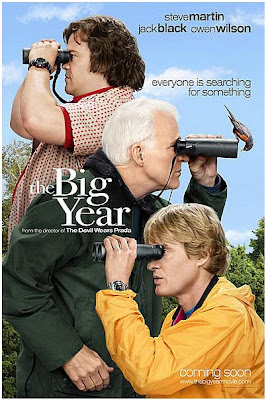 If you like comedies, you might like THE BIG YEAR which premieres October 14th. Steve Martin, Jack Black and Owen Wilson are at a crossroads- one is experiencing a mid-life crisis, another a late-life crisis, and the third, a far from ordinary no-life crisis. From David Frankel, the director of beautiful classics "The Devil Wears Prada" and "Marley & Me", comes a sophisticated comedy about three friendly rivals who, tired of being ruled by obligations and responsibilities, dedicate a year of their lives to following their dreams. Their big year takes them on a cross-country journey of wild and life-changing adventures. Watch the trailer.
Posted by DEZMOND at 12:00 AM