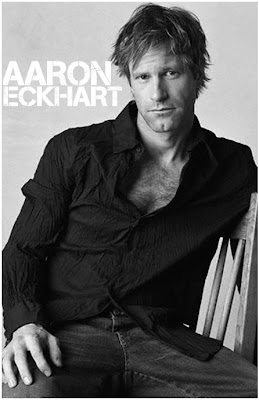 Here's an update on a project I've mentioned before: movie adaptation of Kevin Grevioux' graphic novel I, FRANKENSTEIN has got itself a lead actor: as "MovieWeb" reports Aaron Eckhart will play Adam Frankenstein in this modern-day epic in which Frankenstein's creature, Adam, has survived to present day due to a genetic quirk in his creation. Making his way to a dark, Gothic metropolis, he finds himself caught in an all-out, centuries old war between two immortal clans. As you know, this is just one of the many Frankenstein projects which are currently in pre-production in Hollywood, and you can read more about the other ones in one of our previous posts.


HOLLYWOOD SPY HEADLINES
Here's a charming project: as "Heat Vision" reports, the director of GNOMEO AND JULIET will write POOCH CAFE, set in a neighborhood hangout where dogs can be dogs - comparing 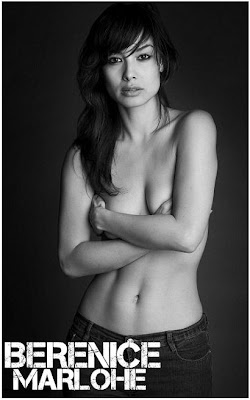 notes on such weighty issues as avoiding baths, zebra-flavored kibble, and the construction of a giant catapult with which to hurl all the Earth's cats into the Sun. According to "DailyMail" Sam Mendes has officially signed French actress Berenice Marlohe as the new Bond girl in JAMES BOND 23, which will have Daniel Craig fighting against Javier Bardem and Ralph Fiennes,  and Judi Dench as his boss. Ben Whishaw (PERFUME) will also join the cast in an unknown role. Meanwhile, as "THR" reports, Johnny Depp will produce and star in DR.SEUSS biopic which will describe the life of Theodor Geisel author of some of America's biggest fairy tale classics.
The treat of the day is the first trailer for dark period thriller THE RAVEN which should premiere next March. Filmed last winter in Serbia, the film follows Detective Emmett Fields (our beloved Luke Evans) makes a startling discovery when a mother and daughter are found brutally murdered in 19th century Baltimore: the crime resembles a fictional murder described in gory detail in 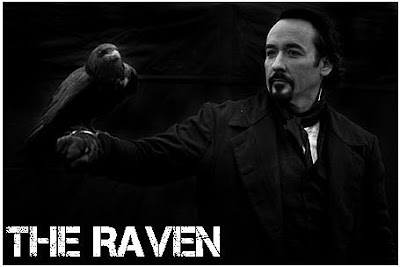 the local newspaper—part of a collection of stories penned by struggling writer and social pariah Edgar Allan Poe (John Cusack). But even as Poe is questioned by police, another grisly murder occurs, also inspired by a popular Poe story. Realizing a serial killer is on the loose using Poe’s writings as the backdrop for 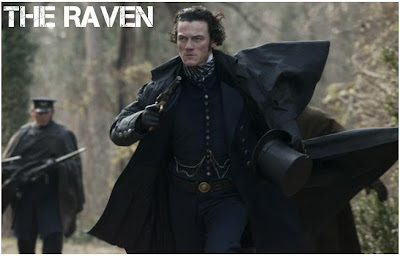 his bloody rampage, Fields enlists the author’s help in stopping the attacks. But when it appears someone close to Poe may become the murderer’s next victim, the stakes become even higher and the inventor of the detective story calls on his own powers of deduction to try to solve the case before it’s too late.


And tomorrow at HOLLYWOOD SPY you will be able to read a charming guide through FAMILY AND ANIMATED Autumn/Winter 2011 films!
Posted by DEZMOND at 12:00 AM