a period movie adaptation of Rebecca Serle's debut novel "When You Were Mine". In Shakespeare's famous "Romeo and Juliet," Rosaline was the woman Romeo first claimed to have loved from afar before he became  enamored with Juliet. The story in ROSALINE finds Romeo's jilted ex-girlfriend telling her side of the story. Franco and Hailee would play Romeo and Juliet, which is a bit strange since Hailee is already playing Juliet in Julian Fellowe's adaptation of the famous play beside Douglas Boot. The film will be directed by Michael Sucsy whose touching drama THE VOW with Channing Tatum and Rachel McAdams is coming out next February.

HOLLYWOOD SPY HEADLINES
Well, this one sounds interesting, as "Deadline" reports, Reese Witherspoon and Jason Segal are ready to take the lead roles in 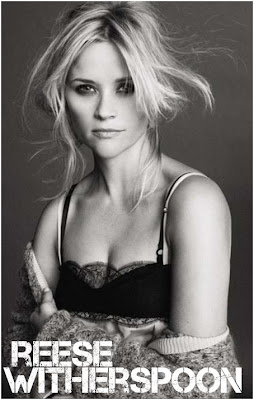 Sony's comedy SEX TAPE. The studio has paid a seven figure sum for the screenplay about a married couple who take a night off from their kids, decide to get adventurous and spice things up by making a private sex tape. When they wake up, the tape is gone and they go on a desperate search to find it. MovieWeb reports that 20th Century Fox has picked up RIDERS ON THE STORM, an unusual and original adventurous thriller in which the story revolves around a group of thieves who use severe weather conditions to their advantage. It could turn into a potential franchise.
Well, it was only a few days ago that I mentioned new stop motion animated flick PARANORMAN which should hit cinemas next year, and now the first trailer has already been released.  Check it out bellow. As you recall, the story of the film is  set in a small 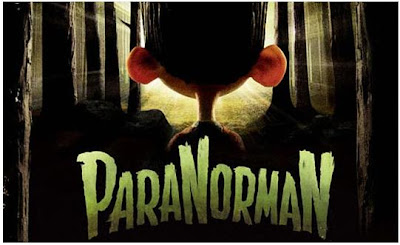 town which comes under siege by zombies. Who can it call? Only misunderstood local boy Norman who is able to speak with the dead. In addition to the zombies, he’ll have to take on ghosts, witches and, worst of all, moronic grown-ups, to save his town from a centuries-old curse. But this young ghoul whisperer may find his paranormal activities pushed to their otherworldly limits. I hated the idea with the music in the trailer.

And don't forget to visit Scottie's FRONT ROOM CINEMA because he's giving away four movie DVD's. Pop over and say hello :)
Posted by DEZMOND at 12:00 AM