HOLLYWOOD SPY SPOTLIGHT ON "THE MUPPETS" WITH AMY ADAMS, JASON SEGEL, MISS PIGGY, KERMIT, ANIMAL AND THE REST OF THE BUNCH!

Are you ready for utter craziness this Autumn? After a hilarious marketing campaign this summer with silly clips and videos, THE 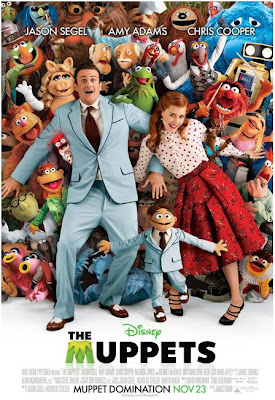 MUPPETS are ready to hit cinemas November 23rd! The film starts when during their vacation in Los Angeles, Walter, the world’s biggest Muppet fan, and his friends Gary (Jason Segel) and Mary (Amy Adams) from Smalltown, USA, discover the nefarious plan of oilman Tex Richman (Chris Cooper) to raze the Muppet Theater and drill for the oil recently discovered beneath the Muppets’ former stomping grounds. To stage The Greatest Muppet Telethon Ever and raise the $10 million needed to save the theater, Walter, Mary and Gary help Kermit reunite the Muppets, who have all gone their separate ways: read what has become with the Muppets: 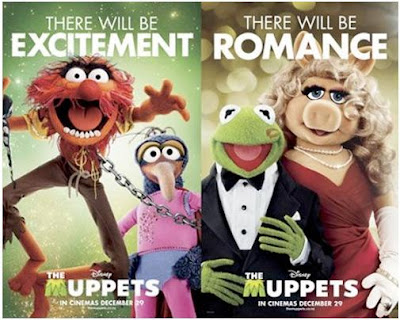 KERMIT IS A RECLUSE
Kermit the Frog (Kermit the Frog) lives a quiet, solitary life. It's been a few years since THE MUPPETS last performed together and Kermit doesn't realize how much he misses his 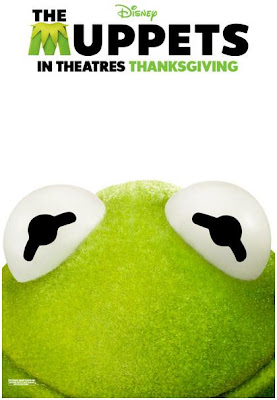 friends until he's tracked down by Walter, Gary and Mary from Smalltown, USA, and convinced to reunite with the rest of THE MUPPETS to save Muppet Studios.


PIGGY IS VOGUE EDITOR
Miss Piggy (Miss Piggy) showcases her diva attitude and big personality in a new made-to-order gig in Disney's THE MUPPETS. As plus-size editor of Vogue Paris, she shares her sublime fashion sensibilities with readers worldwide... at least until Kermit shows up. Playing the role of Miss Piggy is none other than Miss Piggy (Muppets from Space, TV's The Muppet Show). "It's the role I was born to play," says the internationally famous star. "Moi plays a high-powered, confident, charismatic, gorgeous, scene-stealing star who saves the day and 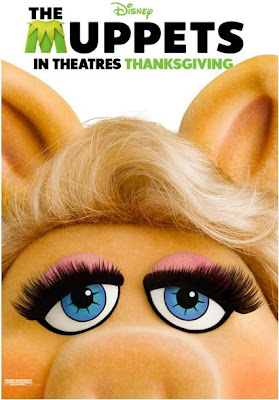 wins her frog's heart." Her fans would expect nothing less.


GONZO IS A PLUMB- ING MAG- NATE
Gonzo the Great (The Great Gonzo) has been very busy since THE MUPPETS last performed. Gonzo's career is now down the drain-literally. "I play a plumbing magnate," says the daredevil who returns to the role he single handedly made famous. "In this movie, we see what happens when I pursue plumbing-my original career choice. Actually, show business and plumbing have a lot in common-especially when it comes to clogs and snakes." It 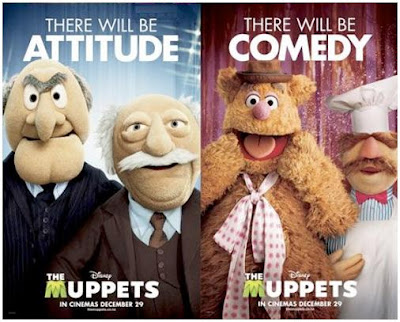 takes some convincing-and an increase in health insurance coverage-to get Gonzo back on stage. Fortunately, Gonzo, a pioneer of all things weird, can't resist the temptation of the wild and wacky stunts he performs to earn the eternal admiration (not to mention shock and awe) of his audience-and one very special chicken named Camilla. 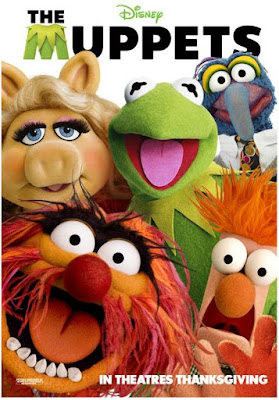 This is Disney's seventh THE MUPPET movie! More than 120 Muppets appear in the film! The film tapped 60 dancers to perform with Jason Segel and Amy Adams for the "Everything's Great" opening musical performance. A total of 12 different costumes were made for Miss Piggy - more costume changes than any other actor in the film. Hollywood Blvd. was shut down for two evenings to record the finale dance scene of the reprise of "Everything's Great," featuring 100 dancers.
ANIMAL'S ON ANGER MANAGEMENT
Animal (Animal) , the ultimate rock n' roll survivor, finally addresses a troublesome personality trait and finds himself in an anger management program in Disney's THE MUPPETS. He's 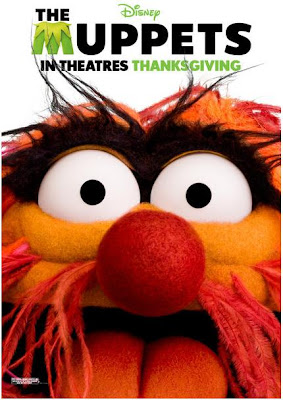 traded in his drums for a flute and is struggling to redefine his identity. As if... But fear not, fans of the over-the-top, monosyllabic, appetite-with-legs drummer from Dr. Teeth's Electric Mayhem Band.Once reunited with THE MUPPETS, Animal's incessant (yet innocent) pursuit of rock n' roll, food and women (not necessarily in that order) returns. "Me like," says Animal. "Movie good."

FOZZIE IS A CASINO STAR
Fozzie Bear (Fozzie Bear) lives to make people laugh. So during THE MUPPETS' extended hiatus, the stand-up comic bear was determined to keep his act and the spirit of THE MUPPETS alive - even if it meant joining up with a Reno casino tribute band called the Moopets. Imitation is the sincerest form of flattery, and the Moopets may be sincere, but they're also a little creepy.